The Superliga clash at Estadio Tomás Adolfo Ducó on Friday sees home team Huracán fighting it out with opponents Banfield.

To see all of our predictions, user poll & stats for Huracán v Banfield, scroll down (plus the best game odds).

Huracán will play in this fixture after a 0-0 Superliga stalemate against Boca Juniors.

In that game, Huracán managed 43% possession and 5 shots on goal with 1 of them on target. At the other end, Boca Juniors got 9 attempts at goal with 2 on target.

Fewer than three goals per match were scored during 6 of the last 6 meetings where Huracán have been involved. With regard to the goal split in this period, opposition teams scored an aggregate of 3 and Huracán got themselves 6. Even so, we must now wait to see if the trend shall continue on here in this game.

Their past results show that Huracán:

Since being defeated in their last game at the hands of Lanús in Superliga competition, Banfield and their fans will hope to get a better result this time.

During their 6 previous matches, Claudio Vivas's Banfield have had reason to celebrate scoring 7 times therefore yielding them a goals scored per game average of 1.17.

Their past results show that Banfield:

Looking at their most recent head to head clashes dating back to 28/03/2015 tells us that Huracán have won 3 of them & Banfield 2, with the tally of drawn matches standing at 1.

A sum of 15 goals were produced between them throughout the course of those matches, with 11 for El Globo / Los Quemeros and 4 belonging to El Taladro. That is an average goals per game value of 2.5.

The previous league match featuring these sides was Superliga match day 17 on 20/10/2021 when it finished Banfield 1-4 Huracán.

On that day, Banfield managed 59% possession and 11 attempts at goal with 3 on target. Their only player on the scoresheet was Juan Manuel Cruz (73').

Looking at personnel, there is just one fitness concern for the Huracán manager Diego Dabove to be concerned with from an otherwise fully-primed set of players. César Ibáñez (Ruptured cruciate ligament) will miss out.

Due to a fully healthy group ready to go, the Banfield manager Claudio Vivas does not have any fitness worries to speak of coming into this game.

We envisage that Huracán should really create the chances to score more than once when they face Banfield, who may well struggle to score themselves.

We’re therefore expecting to see a comfortable 2-0 margin for Huracán at the end of this one. 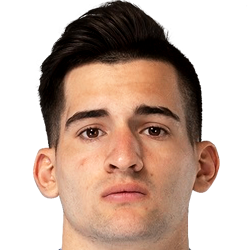 Normally deployed in the Right Wing position, Benjamín Garré was born in Buenos Aires, Argentina. Having made his senior debut playing for Racing Club in the 2019 - 2020 season, the gifted Forward has managed to score 4 league goals in the Primera División 2022 season so far from a total of 19 appearances.

While we have made these predictions for Huracán v Banfield for this match preview with the best of intentions, no profits are guaranteed. Always gamble responsibly, and with what you can afford to lose. Best of luck with your selections.