Baník Ostrava will be hosting away team Slavia Prague at Městský Stadion Ostrava in this First League fixture on Wednesday.

Full predictions, pre-match stats and user poll for Baník Ostrava v Slavia Prague are shown on this page - plus the latest betting odds.

Baník Ostrava are hoping to win again after their last result, a 3-1 First League success versus Hradec Králové.

For Baník Ostrava, the goalscorers were Ladislav Takács (24') and Ladislav Almási (67', 87'). Adam Vlkanova (7') was the scorer for Hradec Králové.

Over their preceding 6 fixtures, Ondřej Smetana's Baník Ostrava have hit the back of the net a combined total of 7 times, an average number of goals per match equal to 1.17.

Slavia Prague will come into the encounter following a 3-0 First League win to beat FC Slovácko in their previous outing.

Showing their bias toward eventful encounters, we’ve had goals 22 times in the prior 6 games in which Slavia Prague have sent out their troops, yielding a mean average of 3.67 goals for each fixture. Opposition teams have hit 9 of those goals.

Going into this contest, Slavia Prague remain unbeaten by Baník Ostrava in games played away from home for the previous 3 league games.

Looking over past results between these clubs stretching back to 10/06/2020 shows that these encounters have been pretty painful for Baník Ostrava. They’ve not managed to register any wins whatsoever while Slavia Prague have remained in the ascendancy, getting wins in 67 per cent of those matches.

Those games weren’t short on goals, either, with 22 in all at an average of 3.67 goals per meeting.

The previous league contest between these clubs was First League match day 19 on 19/12/2021 when it ended Baník Ostrava 3-3 Slavia Prague.

The referee was Dalibor Černý.

The Baník Ostrava boss Ondřej Smetana doesn’t have any fitness worries whatsoever before this clash owing to a completely injury-free squad available for selection.

Slavia Prague are likely to be in control for long periods of time and should be able to convert a few of their chances.

At the same time, Baník Ostrava will not find it easy to break down their defence although we reckon that they could well end up converting at least once here, too.

Therefore, we are anticipating a 1-3 win for Slavia Prague when the referee blows the final whistle. 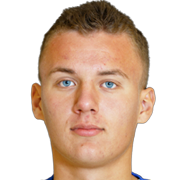 Generally deployed in the Striker position, Ladislav Almási was born in Bratislava, Slovakia. Having made a first senior appearance for Terek Grozny in the 2020 - 2021 season, the dangerous Forward has scored a sum of 16 league goals in the First League 2021 - 2022 campaign so far in 30 appearances.

While we have made these predictions for Baník Ostrava v Slavia Prague for this match preview with the best of intentions, no profits are guaranteed. Always gamble responsibly, and with what you can afford to lose. Good luck!