Baník Ostrava go into this match following on from a 0-0 First League draw vs Slovan Liberec.

Ondřej Smetana's Baník Ostrava have managed to score a sum total of 10 times in their preceding 6 outings. The corresponding number of goals that they have conceded in those same fixtures amounts to 8.

Looking at their past form shows that Baník Ostrava:

After suffering a loss in their previous game against FC Slovácko in First League competition, Slezský FC Opava and their travelling supporters will be hoping that they can get a better result in this one.

The strike force from Slezský FC Opava have been starved of goals over their previous 6 encounters, contributing the unsatisfactory return of only 4. In those matches, Slezský have also seen the overall goal tally of their opponents equal 10. Regardless, it remains to be seen if that trend shall continue on in this upcoming match.

Analysis of their past results shows that Slezský FC Opava:

A look at their past head-to-head meetings stretching back to 29/03/2005 tells us that Baník Ostrava have won 3 of these games and Slezský FC Opava 1, with the tally of drawn results being 2.

A combined sum of 10 goals were scored between the two sides throughout the course of those matches, with 7 of them for Baníček and 3 belonging to Slezský. This gives an average number of goals per game equal to 1.67.

The referee was Pavel Franěk.

Baník Ostrava manager Ondřej Smetana will be happy not to have any fitness worries whatsoever ahead of this clash with a completely healthy squad to choose from.

Our thinking is that Baník Ostrava are likely to dominate possession and create several successful chances.

In contrast, Slezský FC Opava could well struggle to score themselves although we do think that they will probably end up being dangerous at times, too. 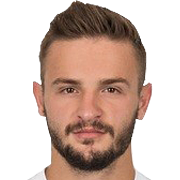 Mostly taking to the field in the Striker position, Tomáš Zajíc was born in Czech Republic. Having made a first senior appearance for FC Slovácko in the 2014 - 2015 season, the gifted Forward has managed to score 4 league goals in the First League 2020 - 2021 campaign to date from a total of 21 appearances.

We have made these Baník Ostrava v Slezský FC Opava predictions for this match preview with the best intentions, but no profits are guaranteed. Please always gamble responsibly, only with money that you can afford to lose. Best of luck.