View all Sparta Prague v Baník Ostrava tips, stats and our pre-match poll below - plus the latest betting odds.

Sparta Prague prepare for this fixture coming off the back of a 2-2 First League drawn match against Teplice.

Brian Priske's Sparta Prague have found the net a sum total of 9 times in their preceding six outings. Conversely, the tally of goals that have been scored against them in those games stands at 5.

Analysis of their past results shows that Sparta Prague:

Baník Ostrava will come into the encounter following a 3-0 First League win to defeat Pardubice in their previous outing.

Pavel Vrba's Baník Ostrava have turned their attacks into goals 9 times throughout their latest six matches. The total of goals that have been scored against them during the equivalent period comes to 6.

Looking at their past head to head meetings going back to 23/06/2020 tells us that these fixtures have ended in disappointment for Baník Ostrava. They have not been able to come away with any victories at all whereas Sparta Prague have managed to find a way, finishing as winners in 67% of those match-ups.

In all, 20 goals were shared by the two clubs throughout the course of those matches, with 13 from Železná Sparta and 7 created by Baníček. This gives an average number of goals per game equal to 3.33.

The last league clash featuring these sides was First League match day 1 on 23/04/2022 when it finished Sparta Prague 3-1 Baník Ostrava.

The referee was Dalibor Černý.

Due to a completely injury-free group available to select from, the Baník Ostrava manager Pavel Vrba has zero fitness concerns whatsoever before this match.

We’re of the view that Baník Ostrava have it within them to get a goal against this Sparta Prague team, but it isn’t expected to be enough to avoid defeat.

Our selection here is for a tight encounter finishing with a 2-1 advantage for Sparta Prague by the conclusion of the game. Let’s wait and see how it plays out. 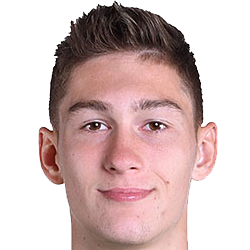 Usually playing in the Striker position, Tomáš Čvančara was born in Czech Republic. After making a first senior appearance for Baumit Jablonec in the 2017 - 2018 season, the dangerous Forward has managed to score 4 league goals in this First League 2022 - 2023 campaign so far coming from a total of 7 appearances.

While we have made these predictions for Sparta Prague v Baník Ostrava for this match preview with the best of intentions, no profits are guaranteed. Always gamble responsibly, and with what you can afford to lose. Best of luck.