Return to this page a few days before the scheduled game when this expired prediction will be updated with our full preview and tips for the next match between these teams.
The First League match at Stadion Letná on Saturday will see home side Tescoma Zlín take on Baník Ostrava. Scroll down for all of our predictions, poll and stats for the Tescoma Zlín v Baník Ostrava game (plus the best game odds).

Tescoma Zlín will be wanting a better result here after the 1-0 First League losing effort in their last game against Baumit Jablonec. Libor Holík (31') was the scorer for Baumit Jablonec.

It’s been all too rare in recent times where Tescoma Zlín have kept a clean sheet. In fact, Zlin have failed to prevent opponents from scoring in 5 of their previous 6 matches, giving up 11 goals during that time.

Ahead of this meeting, Tescoma Zlín haven’t won at home in the past 2 matches in the league.

A run of outstanding displays by the Baník Ostrava defensive unit has seen the number of goals they’ve conceded standing at 4 from their last 6 clashes overall. During the same time, the number of goals that they have scored themselves amounts to 6. That being said, we will just have to wait and see whether that trend shall be replicated in this upcoming match or not.

Going into this game, the form guide shows that Baník Ostrava:

Looking at their most recent head to head meetings stretching back to 20/02/2016 shows us that Tescoma Zlín have won 1 of these & Baník Ostrava 4, with the number of draws being 1.

An aggregate of 19 goals were scored between them in these games, with 5 of them from Zlin and 14 created by Baníček. That’s an average goals per game figure of 3.17.

The last league clash featuring the two was First League match day 12 on 05/10/2019 when it ended Baník Ostrava 4-0 Tescoma Zlín. The match was refereed by Jan Machálek.

Our feeling is that Baník Ostrava and Tescoma Zlín may both find scoring difficult here. We’ll see, but this could easily end up all-square. We’re therefore expecting a very even match with a 0-0 score when all is said and done.

Over/Under 2.5 Goals Prediction for Tescoma Zlín vs Baník Ostrava
Under 2.5 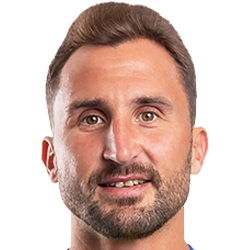 Customarily played in the Centre Midfield position, Petr Jiráček was born in Tuchořice, Czech Republic. Having made a first senior appearance for Viktoria Plzeň in the 2008 - 2009 season, the accomplished Midfielder has managed 2 league goals in the First League 2019 - 2020 campaign so far coming from a total of 23 appearances.

While we have made these predictions for Tescoma Zlín v Baník Ostrava for this match preview with the best of intentions, no profits are guaranteed. Always gamble responsibly, and with what you can afford to lose. Good luck!