Barcelona will be taking on away side Elche CF at Estadio Camp Nou in the La Liga meeting on Saturday.

Full predictions, pre-match stats and user poll for Barcelona v Elche CF are shown on this page - as well as up-to-date odds.

Barcelona will be looking for another win after the 3-0 La Liga victory vs Elche CF.

Barcelona have been unlocking defences at will in recent times, lashing 20 goals past their opponents during the course of the last 6 matches. In those meetings, Barcelona have also seen the aggregate sum of goals that have gone against them total 4.

Coming into this meeting, Barcelona are unbeaten in their last 2 home league matches.

The numbers tell their own story, and Elche CF have been scored against in 6 of their last 6 games, with opponents netting 14 goals in all. In defence, Elche CF have been far from perfect. With no two games being the same, we’ll just have to find out whether that pattern might be maintained here in this match or not.

Going into this encounter, Elche CF have not won away from home in their last 4 league matches.

Looking at their past head to head meetings going back to 15/01/2015 reveals that these encounters have been miserable for Elche CF. They have not been able to get any victories at all while Barcelona have been the better of the two, winning in 100 per cent of those match-ups.

A lot of goals were also scored during this period, 23 in all which averages out at 3.83 goals per meeting.

It’s a low absenteeism rate, with just a single fitness concern for the Barcelona gaffer Xavi Hernández to be concerned about from of an almost fully healthy group. Sergi Roberto (Muscular problems) is out of contention.

Thanks to a fully injury-free squad available for selection, the Elche CF boss Francisco Rodríguez does not have any fitness worries to report coming into this match.

We’ve got the feeling that Barcelona will probably stay in control for long periods of time and should be able to convert a few of the chances that they create.

Conversely, Elche CF won’t find it easy to break down their defence although we do think it’s probable that they will be converting at least once here, too.

We therefore think that it’s going to be a controlled 3-1 victory for Barcelona after 90 minutes. 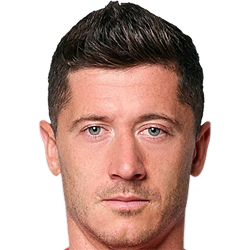 Customarily used in the Striker position, Robert Lewandowski was born in Warsaw, Poland. Having played his first senior match for Lech Poznań in the 2008 - 2009 season, the dangerous Forward has struck 6 league goals in the LaLiga 2022 - 2023 season to date coming from a total of 5 appearances.

We have made these Barcelona v Elche CF predictions for this match preview with the best intentions, but no profits are guaranteed. Please always gamble responsibly, only with money that you can afford to lose. Good luck if you do place a bet today.