Barnet will visit Silverlake Stadium on Tuesday for the National League meeting with hosts Eastleigh.

Our tips, poll and stats for Eastleigh v Barnet can all be found here - plus the latest betting odds.

Eastleigh fans will want a repeat of their previous result, being the 1-3 National League triumph over Southend United.

Over their past six fixtures, Lee Bradbury's Eastleigh have seen rewards for their attempts on goal a total of 10 times giving them an average number of goals scored per match of 1.67.

Coming into this clash, Eastleigh have left without a victory over Barnet in their previous 3 matches in the league.

Barnet will go into this clash after a 3-0 National League win vs Chesterfield in their last game.

A review of their most recent head to head clashes stretching back to 31/08/2019 shows us that Eastleigh have won 2 of them & Barnet 3, with the number of drawn results being 1.

Loads of goals were seen in those games, too - 23 in total which averages out at 3.83 goals per match.

The last league clash featuring these sides was National League match day 6 on 29/08/2022 and the score finished Barnet 3-1 Eastleigh.

The Eastleigh boss Lee Bradbury will be grateful to have no fitness concerns whatsoever before this game with a completely healthy group available for selection. Danny Whitehall is ineligible for this match because of suspension.

With a fully healthy squad to choose from, the Barnet manager Dean Brennan doesn’t have any fitness concerns whatsoever before this match.

We feel that Barnet have the capability to put one past this Eastleigh outfit, although it might not quite be as many as they’ll concede.

We’re tipping a narrow 2-1 victory for Eastleigh at the end of the match. Should be a good one. 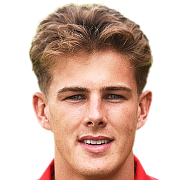 Typically playing in the Centre Midfield position, Charlie Carter was born in England. Having made a first senior appearance for Woking in the 2016 - 2017 season, the skilful Midfielder has got 6 league goals in the National League 2022 - 2023 season so far coming from a total of 27 appearances.

We have made these Eastleigh v Barnet predictions for this match preview with the best intentions, but no profits are guaranteed. Please always gamble responsibly, only with money that you can afford to lose. We wish you the best of luck.