Our tips, poll and stats for Solihull Moors v Barnet can all be found here - plus the latest match odds.

Solihull Moors will be looking for a repeat result of a 1-4 National League success versus Torquay United.

It’s been a rare occasion in recent games where Solihull Moors have managed to hold out for a full 90 minutes. It will be a concern for them that Solihull Moors have seen their defence breached in 5 of their previous 6 games, leaking 7 goals in the process. Still, we’ll just have to find out whether the trend will be replicated in this match.

Analysis of their past results shows that Solihull Moors:

After a loss in their previous game against Dorking Wanderers in National League competition, Barnet will be hoping to turn things around here.

The numbers tell their own story, and Barnet have been scored against in 5 of their last 6 games, seeing opposing sides hit 9 goals overall. At the back, Barnet have not been doing too well.

Checking on their past head to head results stretching back to 28/09/2019 tells us that these fixtures have not been good ones for Barnet. They have not managed to get themselves any wins at all whereas Solihull Moors have managed to find a way, winning in 67% of those matches played.

In all, 8 goals were yielded between them in this period, with 7 of them from The Moors and 1 for The Bees. That’s an average goals per game of 1.33.

The previous league contest featuring the two was National League match day 39 on 09/04/2022 which finished with the scoreline of Barnet 0-2 Solihull Moors.

The referee was Daniel Lamport.

The Solihull Moors boss Neal Ardley has zero fitness concerns to speak of coming into this match with a completely healthy squad available for selection.

Owing to a fully healthy squad ready to go, the Barnet manager Dean Brennan has zero fitness concerns to speak of ahead of this game.

It certainly seems that Barnet could really find it hard to find the back of the net against a Solihull Moors team who look set to dominate proceedings.

We’re going for a 3-0 margin for Solihull Moors when all is said and done. 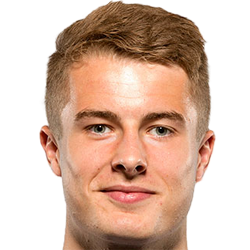 Typically taking to the field in the Striker position, Andrew Dallas was born in Scotland. Having made a first senior appearance for Solihull Moors in the 2022 - 2023 season, the dangerous Forward has contributed 3 league goals in this National League 2022 - 2023 campaign so far in a total of 7 appearances.

While we have made these predictions for Solihull Moors v Barnet for this match preview with the best of intentions, no profits are guaranteed. Always gamble responsibly, and with what you can afford to lose. Good luck!