Weymouth will be visiting The Hive Stadium on Saturday for the National League showdown with home team Barnet.

Barnet will be looking to improve on their last outing here after a 2-0 National League losing effort in their last game against Bromley.

Matches involving Barnet have tended to be entertaining affairs recently with high scoring expected. Over their past half dozen games alone, the sum total of 21 goals have been recorded for both teams combined (at an average of 3.5 goals per game) with 7 of them coming from Barnet. That trend won’t necessarily be carried forward into this match, of course.

Coming into this meeting, Barnet are without a home win in the past 3 league games.

Last time out, Weymouth drew 1-1 in the National League match with Dover Athletic.

The only scorer from Weymouth was Josh McQuoid (42'). Koby Arthur (22') scored for Dover Athletic.

Proving their partiality to productive encounters, we’ve seen goals 22 times in the previous six games in which Weymouth have played, yielding a mean average of 3.67 goals each meeting. Their opponents have managed 11 of this grand total.

The previous league match between these sides was National League match day 42 on 03/05/2021 when the final score was Weymouth 0-2 Barnet.

The referee was Lloyd Wood.

The Barnet boss doesn’t have any fitness concerns to speak of coming into this match thanks to a completely healthy squad available to choose from. Josh Doherty will not be able to play in this game through being suspended.

With a completely injury-free group available to select from, the Weymouth boss Brian Stock has zero fitness concerns at all coming into this match.

Our thinking is that Weymouth could find themselves struggling to hit the back of the net against this Barnet side who should get the vital goal that wins it.

We’ve gone for a highly competitive game with a 1-0 win for Barnet when the referee blows for full-time. 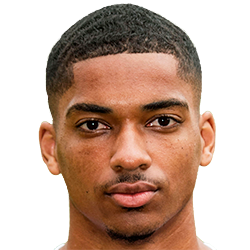 Mostly taking up the Striker position, Mason Bloomfield was born in Westminister, England. Having played his first senior match for Dagenham & Redbridge in the 2014 - 2015 season, the dangerous Forward has accumulated 2 league goals in this National League 2021 - 2022 campaign to date from a total of 7 appearances.

We have made these Barnet v Weymouth predictions for this match preview with the best intentions, but no profits are guaranteed. Please always gamble responsibly, only with money that you can afford to lose. Best of luck.