Barnsley are the guests at Abbey Stadium on Saturday for the League One meeting with home side Cambridge United.

Our predictions, user poll and statistics for Cambridge United v Barnsley can be found here - as well as the best betting odds.

Cambridge United will be looking to improve on their last outing here after the 2-1 League One loss in their previous game against Cheltenham Town.

The only player to score from Cambridge United was Adam May (28'). Dan N'Lundulu (59') and Alfie May (83') scored for Cheltenham Town.

It’s been a rare occasion in recent games where Cambridge United haven’t conceded. The reality is that Cambridge United have failed to prevent opponents from scoring in 5 of their previous 6 matches, letting in 11 goals during that time. Such a pattern won’t necessarily follow through into this next game, however.

In their last fixture, Barnsley drew 1-1 in the League One tie with Port Vale.

The only scorer from Barnsley was Liam Kitching (43'). Ellis Harrison (83') was the scorer for Port Vale.

The stats don’t lie, and Barnsley have been scored against in 5 of their last 6 matches, seeing opposing sides hit 12 goals in all. In defence, Barnsley can certainly do much better.

Coming into this fixture, Barnsley haven't been defeated in their previous 2 league matches away from home.

There aren’t many personnel worries, with just one fitness concern for the Cambridge United manager Mark Bonner to be concerned about from a near full-strength group. Fejiri Okenabirhie (Achilles tendon rupture) is out of contention.

Owing to a completely injury-free group available for selection, the Barnsley boss Michael Duff has zero fitness worries whatsoever ahead of this clash.

We believe that Barnsley and Cambridge United should both be able to score here although it’s hard to pick a clear winner.

It could well end in a draw. That’s why our selection here is for a close game with a 1-1 score when the referee blows the full-time whistle. 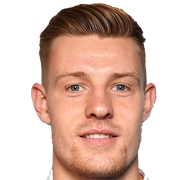 Usually deployed in the Striker position, Joe Ironside was born in Middlesbrough, England. After having played his first senior match for Sheffield United in the 2012 - 2013 season, the dangerous Forward has got 3 league goals in this League One 2022 - 2023 season so far in 7 appearances.

While we have made these predictions for Cambridge United v Barnsley for this match preview with the best of intentions, no profits are guaranteed. Always gamble responsibly, and with what you can afford to lose.