The League Two clash at SO Legal Stadium on Saturday sees hosts Barrow up against opponents in Leyton Orient.

Scroll down for all of our predictions, poll and stats for the Barrow v Leyton Orient game - as well as the best betting odds.

Barrow are hoping to win again after their last result, a 0-2 League Two success over Newport County.

Barrow haven’t been able to stop scoring goals, hitting the target in each and every one of their last 6 matches.

They’ve hit an aggregate of 9 during that period and have conceded a total of 6.

Leyton Orient will go into this encounter after a 3-1 EFL Trophy win as they beat Sutton United in their previous fixture.

Richie Wellens's Leyton Orient have converted 11 times throughout their most recent six matches. The aggregate of goals that they have conceded during those same matches adds up to 8.

Coming into this fixture, Leyton Orient have left without a victory over Barrow when they've played them away from home in the last 2 league games.

Looking at their most recent head-to-head clashes stretching back to 11/08/2018 tells us that Barrow have won 0 of them & Leyton Orient 3, with the tally of draws being 3.

An aggregate of 17 goals were scored between the two sides during those clashes, with 6 from The Bluebirds and 11 coming from The O's. That’s an average goals per game figure of 2.83.

The last league encounter between these sides was League Two match day 39 on 26/03/2022 which ended up with the score at Leyton Orient 2-0 Barrow.

The Barrow manager Pete Wild will be happy not to have any fitness concerns to speak of coming into this clash thanks to a fully injury-free group ready to go.

Due to a completely injury-free group available to select from, the Leyton Orient manager Richie Wellens has no fitness concerns to report before this clash.

In our opinion, Leyton Orient and Barrow might both not be able to do quite enough to get on the scoresheet here.

It will be interesting to see how this one goes, and it’s not easy to pick a clear winner. We’re therefore expecting a very competitive game with a 0-0 scoreline by the conclusion of this game. 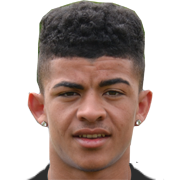 Normally playing in the Right Wing position, Josh Gordon was born in England. After making a first senior appearance for Barrow in the 2022 - 2023 season, the gifted Forward has managed to score 7 league goals in the League Two 2022 - 2023 campaign to date in 9 appearances.

We have made these Barrow v Leyton Orient predictions for this match preview with the best intentions, but no profits are guaranteed. Please always gamble responsibly, only with money that you can afford to lose. We wish you the best of luck.