Southend United make the trip to Progression Solicitors Stadium on Saturday for the League Two game with home side Barrow.

Scroll down for all of our predictions, poll and stats for the Barrow v Southend United game (including the best match odds).

Barrow fans will want a repeat of their previous result, being the 0-2 League Two triumph vs Forest Green Rovers.

It’s been all too rare in recent games where Barrow have shown defensive steel. In fact, The Bluebirds have been scored against in 5 of their previous 6 clashes, giving up 8 goals during that time. Still, it remains to be seen whether that trend might persist in this game or not.

Southend United will go into the clash following on from a 2-1 League Two win with the eclipse of Leyton Orient in their previous fixture.

For Southend United, the scorers were Tyler Cordner (42') and Matt Rush (76'). Louis Dennis (45') was the scorer for Leyton Orient.

Over the course of 5 of the previous 6 games featuring Southend United, a comparatively low number of goals have been scored between them and opposing sides. The overall average number of goals per game within that spell comes out as a mere 1.5, with the number of goals averaged by The Shrimpers being 0.5.

Coming into this fixture, Southend United are without an away win for the past 3 matches in the league.

The previous league match featuring these clubs was League Two match day 23 on 09/01/2021 when it ended Southend United 1-0 Barrow.

Regarding absentees, there’s just one fitness concern for the Barrow manager Rob Kelly to be concerned about thanks to an otherwise robust group. Bobby Burns (Fractured Leg) misses out.

Owing to a fully healthy group available to select from, Southend United manager Phil Brown has zero fitness concerns whatsoever ahead of this clash.

In this game, Southend United will surely be able to put one past this Barrow lineup, although that might not be as many as the goals that they could concede.

We’re going for a tight encounter finishing with a 2-1 winning score for Barrow at the end of the match. Let’s wait and see how it plays out. 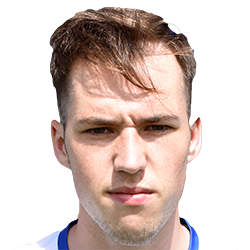 Customarily taking up the Centre Midfield position, Josh Kay was born in England. After making a first senior appearance for Barnsley in the 2016 - 2017 season, the skilful Midfielder has accumulated 5 league goals in the League Two 2020 - 2021 season to date coming from a total of 28 appearances.

While we have made these predictions for Barrow v Southend United for this match preview with the best of intentions, no profits are guaranteed. Always gamble responsibly, and with what you can afford to lose. Good luck with your selections.