Return to this page a few days before the scheduled game when this expired prediction will be updated with our full preview and tips for the next match between these teams.
Full-Time Result Prediction
👉
FC Lorient to Win

FC Lorient will do battle on Saturday as the clock ticks down to this impending Coupe De France clash with SC Bastia.

Our full set of predictions, statistics and match poll for SC Bastia v FC Lorient can be seen below - as well as up-to-date odds.

The only name on the scoresheet from SC Bastia was Benjamin Santelli (77').

Under three goals per game were recorded in 6 of the past 6 meetings where SC Bastia have been involved. In terms of the goal attribution from this period, their opponents scored a total of 3 while SC Bastia managed the sum of 5. Regardless, it remains to be seen whether such a trend will be maintained in this next match.

After being beaten in their last game against Marseille in Ligue 1 competition, FC Lorient will be hoping to turn things around here.

Demonstrating their fondness for eventful matches, the back of the net has been hit 21 times in the last 6 matches in which FC Lorient have played, making it an average of 3.5 goals each meeting. Their opponents have hit 9 of these goals.

Checking out their prior head to head duels going back to 04/10/2014, there has been little to separate the clubs with SC Bastia winning 2 of those games, FC Lorient 2 and 2 being drawn in normal time.

A total of 11 goals were scored between the two sides throughout the course of those matches, with 6 for Bastia and 5 for Les Merlus. This gives an average number of goals per game equal to 1.83.

In that match, SC Bastia managed 46% possession and 11 attempts on goal with 6 of them on target. The goals were scored by Enzo Crivelli (75') and Gaël Danic (86').

For their opponents, FC Lorient had 9 attempts on goal with 1 of them on target.

The SC Bastia boss Régis Brouard will be happy not to have any fitness worries to speak of coming into this clash thanks to a completely healthy squad to choose from.

Owing to an otherwise healthy group, there is only the one fitness worry for the FC Lorient boss Régis Le Bris to be concerned about. Yvon Mvogo (Patella problems) won’t be playing here.

Here, we’re thinking that SC Bastia will have to work hard as a team to register a score against this FC Lorient outfit who we reckon will score at least once to put them ahead. 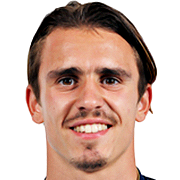 Mostly taking up the Left Wing position, Migouel Alfarela was born in Montivilliers, France. Having played his first senior match for Paris FC in the 2021 - 2022 season, the accomplished Forward has managed 2 league goals in the Ligue 2 2022 - 2023 season to date in a total of 19 appearances.

We have made these SC Bastia v FC Lorient predictions for this match preview with the best intentions, but no profits are guaranteed. Please always gamble responsibly, only with money that you can afford to lose. Good luck with your selections.