Baumit Jablonec will be facing guests Sigma Olomouc at Stadion Střelnice in the First League meeting on Sunday.

All Baumit Jablonec v Sigma Olomouc game predictions, stats and user poll are shown below including the latest game odds.

The only scorer from Baumit Jablonec was Martin Doležal (16', 43').

Their more recent scorelines show that it has been a great time for the Baumit Jablonec backline. Jablonec have kept it tight, with the tally of goals that have flown into the back of their net during their previous six outings standing at 2.

Their past results show that Baumit Jablonec:

Following on from tasting defeat last time out to Baník Ostrava in First League action, Sigma Olomouc and their fans will hope to get a better result this time.

In 5 of the prior 6 games involving Sigma Olomouc, a relatively low number of goals have gone in between them and their opponents. The overall average number of goals per game within that period works out to just 1.83, with the number of goals averaged by Hanáci being 0.83. In any event, we will just have to wait and see if such a trend shall be replicated in this upcoming game or not.

An examination of their most recent head to head meetings stretching back to 14/04/2018 shows that Baumit Jablonec have won 3 of these & Sigma Olomouc 0, with the tally of draws standing at 3.

16 goals were yielded between them throughout the course of those matches, with 11 of them for Jablonec and 5 coming from Hanáci. That’s an average goals per game of 2.67.

The last league contest between the two was First League match day 14 on 22/12/2020 which finished with the scoreline of Sigma Olomouc 1-3 Baumit Jablonec.

Baumit Jablonec manager Petr Rada does not have any fitness concerns at all ahead of this clash thanks to a completely injury-free group ready to go.

In this game, Baumit Jablonec should get amongst the goals when they face Sigma Olomouc, who may well struggle finding the net themselves.

Our selection here is for a controlled 2-0 winning score for Baumit Jablonec after 90 minutes. 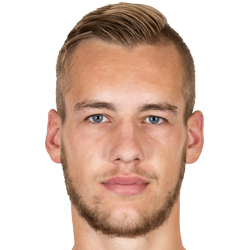 Mostly played in the Centre Midfield position, Miloš Kratochvíl was born in Czech Republic. After having made a senior debut playing for FC Brno in the 2017 - 2018 season, the goalscoring Midfielder has managed 4 league goals in this First League 2020 - 2021 campaign so far in 16 appearances.

We have made these Baumit Jablonec v Sigma Olomouc predictions for this match preview with the best intentions, but no profits are guaranteed. Please always gamble responsibly, only with money that you can afford to lose. Good luck with your selections.