Our Augsburg v Bayer Leverkusen tips, poll and stats can be seen in full below - as well as up-to-date odds.

Augsburg will be wanting a better result here after a 2-1 Bundesliga 1 loss in their previous game against RB Leipzig.

Augsburg have really been misfiring in recent times. Their sum of goals equals just 4 against opposing sides over the course of their previous 6 outings. In those games, Augsburg have also seen the tally of goals against them come to 11.

Since being defeated in their last game at the hands of BSC Young Boys in Europa League action, Bayer Leverkusen will be hoping to turn things around here.

In that game, Bayer Leverkusen managed 60% possession and 16 attempts on goal with 9 of them on target. For Bayer Leverkusen, goals were scored by Patrik Schick (49', 52') and Moussa Diaby (68'). For their opponents, BSC Young Boys got 15 attempts at goal with 8 of them on target. Christian Fassnacht (3'), Jordan Siebatcheu (19', 89') and Meschak Elia (44') scored for BSC Young Boys.

Proving their predisposition for productive encounters, the back of the net has been hit 23 times in the last six games in which Bayer Leverkusen have sent out their troops, giving a mean average of 3.83 goals each fixture. Opposition teams have got 12 of this grand total. Despite that, we’ll just have to find out whether such a trend shall persist in this next game or not.

Coming into this contest, Bayer Leverkusen are without a win away from home in their last 3 league games.

Looking over past results between these clubs stretching back to 31/03/2018 tells us that these encounters have been miserable for Augsburg. They have not managed to register any wins whatsoever while Bayer Leverkusen have been the better of the two, running out winners in 83% of those games played.

A combined sum of 15 goals were yielded between them during those clashes, with 2 from Augsburg and 13 created by Leverkusen. That’s an average goals per game figure of 2.5.

The previous league fixture featuring these sides was Bundesliga 1 match day 5 on 26/10/2020 when it finished Bayer Leverkusen 3-1 Augsburg.

On the other side, Augsburg had 6 shots on goal with 3 on target. Daniel Caligiuri (51') scored.

Thanks to a completely healthy squad available for selection, Bayer Leverkusen manager Peter Bosz has zero fitness worries to report ahead of this game.

In our view, Augsburg will have to play well to be putting a goal past this Bayer Leverkusen team who we reckon should just have the edge.

We’re therefore seeing a very even match with a 0-1 winning margin for Bayer Leverkusen at the end of this one. 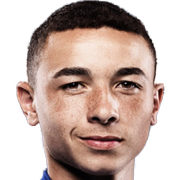 Mostly deployed in the Central Attacking Midfielder position, Ruben Vargas was born in Switzerland. After making a first senior appearance for FC Luzern in the 2017 - 2018 season, the gifted Midfielder has hit 3 league goals in this Bundesliga 1 2020 - 2021 season to date in 19 appearances.

We have made these Augsburg v Bayer Leverkusen predictions for this match preview with the best intentions, but no profits are guaranteed. Please always gamble responsibly, only with money that you can afford to lose. Good luck!