To see all of our predictions, user poll & stats for Bayer Leverkusen v Nice, scroll down - as well as the best betting odds.

Bayer Leverkusen will want to continue from where they left off last time out with the 0-1 Bundesliga 1 triumph versus Mainz.

Their latest results show that quality has been evident in the Bayer Leverkusen backline. Leverkusen have been mean at the back, seeing the total number of goals that have gone past their goalkeeper during their past 6 games standing at 4. With no two games being the same, we must now wait to see whether that pattern shall continue on here in this game or not.

Nice will go into the meeting following on from a 1-3 Ligue 1 win with the defeat of St Etienne in their previous game.

In that game, Nice managed 55% possession and 11 shots at goal with 5 of them on target. For Nice, the scorers were Pierre Lees-Melou (8'), Amine Gouiri (30') and Myziane Maolida (90'). At the other end, AS Saint-Etienne had 11 attempts on goal with 4 of them on target. Adil Aouchiche (57') was the scorer for St Etienne.

Patrick Vieira's Nice have seen their efforts on goal rewarded a total of 8 times throughout their latest 6 matches. The aggregate of goals that have been scored against them during that period comes to 8.

We believe that Bayer Leverkusen will likely score a couple of goals when they meet Nice, who may well struggle getting on the scoresheet.

We’re tipping a controlled 2-0 win for Bayer Leverkusen at the end of the match. 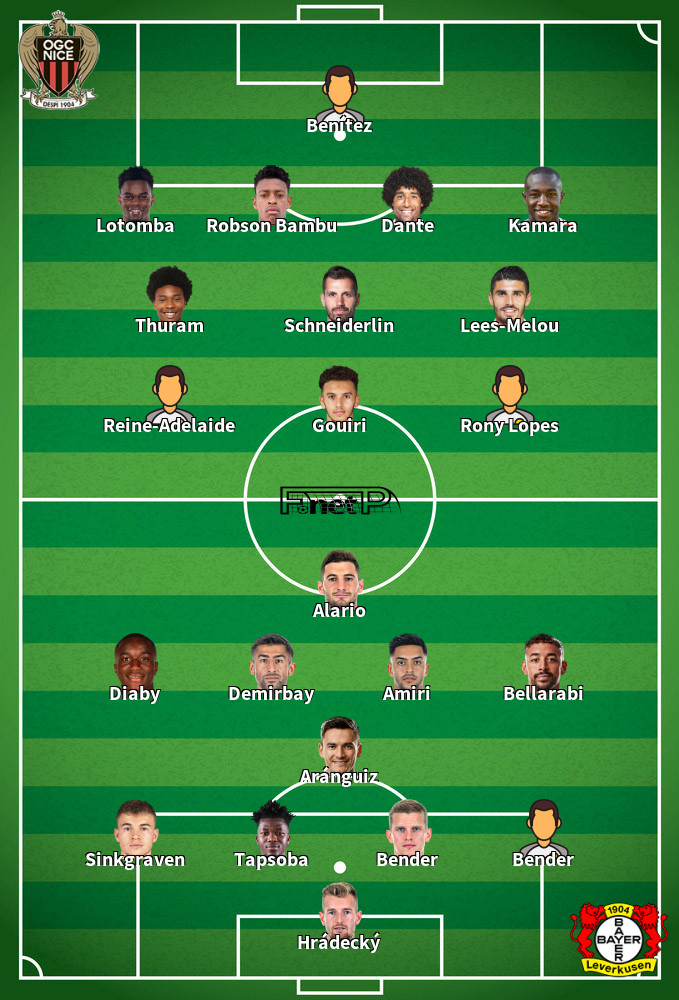 While we have made these predictions for Bayer Leverkusen v Nice for this match preview with the best of intentions, no profits are guaranteed. Always gamble responsibly, and with what you can afford to lose. We wish you the best of luck.