Freiburg will be the visitors at BayArena on Sunday for the Bundesliga 1 meeting with home team Bayer Leverkusen.

For all of our match predictions, pre-game poll and statistics for Bayer Leverkusen v Freiburg, scroll down - plus the latest match odds.

Bayer Leverkusen will be hoping to return to winning ways here following the 0-2 Europa League losing effort in their last game against BSC Young Boys.

Matches involving Bayer Leverkusen have often been entertaining ones recently with a lot of goalmouth action being a common characteristic. Over their past half dozen games, the sum total of 25 goals have been scored for both sides combined (at an average of 4.17 goals per game) with 12 of these being chalked up by Leverkusen.

Analysis of their past results shows that Bayer Leverkusen:

Since a loss in their previous game against Union Berlin in Bundesliga 1 competition, Freiburg and their travelling supporters will be hoping that they can get a better result in this one.

In that match, Freiburg had 64% possession and 9 shots at goal with 1 of them on target. On the other side, 1. FC Union Berlin had 15 attempts on goal with 4 on target. Grischa Prömel (64') scored for Union Berlin.

The numbers tell their own story, and Freiburg have been scored against in 5 of their last 6 matches, with opponents netting 8 goals in all. Defensively, Freiburg have clearly had some problems. We will see if that trend will be continued on in this game.

Their past results show that Freiburg:

A glance at their prior head to head clashes dating back to 03/02/2018 shows that Bayer Leverkusen have won 3 of these and Freiburg 0, with the number of drawn results being 3.

A total of 11 goals were scored between the two sides throughout the course of those matches, with 8 for Leverkusen and 3 being from Freiburg. The average number of goals per game works out to 1.83.

The previous league clash featuring these sides was Bundesliga 1 match day 6 on 01/11/2020 and the score finished Freiburg 2-4 Bayer Leverkusen.

On that occasion, Freiburg had 39% possession and 8 attempts on goal with 5 on target. The scorers were Lucas Höler (3') and Nils Petersen (72').

Bayer Leverkusen manager Peter Bosz does not have any fitness worries whatsoever before this clash with a completely injury-free group available to select from.

We believe that Freiburg would be disappointed if they were not to breach the defence of this Bayer Leverkusen lineup, but it isn’t expected to be enough to avoid defeat.

Our tip is for a very close game with a 2-1 winning score for Bayer Leverkusen at the end of this one. Hopefully this is a good one. 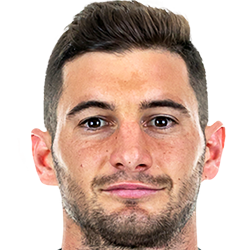 Usually taking up the Striker position, Lucas Alario was born in Argentina. After having played his first senior match for Colón in the 2010 - 2011 season, the talented Forward has scored a sum of 9 league goals in the Bundesliga 1 2020 - 2021 campaign to date in 18 appearances.

While we have made these predictions for Bayer Leverkusen v Freiburg for this match preview with the best of intentions, no profits are guaranteed. Always gamble responsibly, and with what you can afford to lose. Good luck!