VfL Bochum make the trip to BayArena on Saturday for the Bundesliga 1 meeting with hosts Bayer Leverkusen.

To see all of our predictions, user poll & stats for Bayer Leverkusen v VfL Bochum, scroll down - along with the latest match odds.

Bayer Leverkusen enter this game coming off the back of a 1-1 Bundesliga 1 drawn match versus Hertha Berlin.

VfL Bochum come into this encounter following on from a 2-0 Bundesliga 1 win to defeat Hoffenheim in their last match.

In that match, VfL Bochum managed 37% possession and 12 shots at goal with 5 of them on target. For VfL Bochum, the goals were scored by Soma Novothny (66') and Miloš Pantović (97'). For their opponents, TSG 1899 Hoffenheim had 10 shots on goal with 1 on target.

Thomas Reis's VfL Bochum have managed to stick the ball in the net a total of 8 times throughout their most recent 6 matches. The total of goals that have been scored against them during that same period comes to 7.

Heading into this fixture, VfL Bochum are winless against Bayer Leverkusen when they've played them away from home in the last 3 league games.

A glance at their most recent head to head meetings stretching back to 15/09/2007 shows us that Bayer Leverkusen have won 3 of these and VfL Bochum 1, with the tally of drawn matches standing at 2.

In all, 16 goals were scored between the two sides during those clashes, with 9 of them for Leverkusen and 7 for Bochum. This gives an average number of goals per game equal to 2.67.

The previous league fixture between the two was Bundesliga 1 match day 21 on 06/02/2010 when it finished VfL Bochum 1-1 Bayer Leverkusen.

The match was refereed by Lutz Wagner.

The Bayer Leverkusen boss Gerardo Seoane has no fitness worries at all ahead of this match owing to a fully injury-free squad ready to go.

Due to a completely injury-free group ready to go, the VfL Bochum boss Thomas Reis doesn’t have any fitness worries whatsoever before this game.

It looks to us like VfL Bochum will have a tough assignment to find the back of the net against a Bayer Leverkusen outfit who will more than likely win well here.

We are anticipating a very comfortable 3-0 winning margin for Bayer Leverkusen at the end of the 90 minutes. 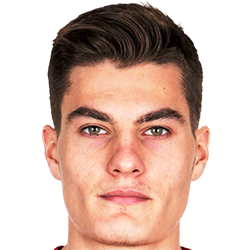 Usually taking to the field in the Striker position, Patrik Schick was born in Prague, Czech Republic. Having made his senior debut playing for Sparta Prague in the 2013 - 2014 season, the gifted Forward has netted 8 league goals in this Bundesliga 2021 - 2022 season so far from a total of 9 appearances.

While we have made these predictions for Bayer Leverkusen v VfL Bochum for this match preview with the best of intentions, no profits are guaranteed. Always gamble responsibly, and with what you can afford to lose. Good luck with your selections.