Chelsea will do battle on Saturday as they prepare for their looming Champions League tie with Bayern Munich.

All Bayern Munich v Chelsea game predictions, stats and user poll are shown below - plus the latest match odds.

Bayern Munich, following on from their previous result, will be hoping for more of the same after the 2-4 DFB-Pokal success against Bayer Leverkusen.

Bayern Munich haven’t been able to stop scoring goals, netting every time they’ve gone out to play in their last 6 matches.

They have managed to rack up 16 during that period while also conceding a total of 5. Such a trend might not be carried forward into this next game, of course.

Following on from a loss in their previous game against Arsenal in FA Cup action, Chelsea will be hoping to turn things around here.

In that match, Chelsea had 60% possession and 9 shots at goal with 3 on target. The scorer for Chelsea was Christian Pulisic (5'). For their opponents, Arsenal had 11 shots on goal with 3 of them on target. Pierre-Emerick Aubameyang (28', 67') was the scorer for Arsenal.

Indicating their appetite for fruitful matches, we’ve had goals 21 times in the prior six matches in which Chelsea have taken to the pitch, yielding an average of 3.5 goals each fixture. Their opponents have managed 11 of those goals.

Benjamin Pavard (Ligament Injury) and Kingsley Coman (Muscular problems) will not be able to play for Bayern manager Hans-Dieter Flick.

Our feeling is that Chelsea have the capability to score a goal against this Bayern Munich side, although that probably shouldn’t be enough to prevent defeat.

We reckon that it will be a close game with a 2-1 victory for Bayern Munich after the 90. Let’s see what eventuates.

Both Teams to Score Prediction for Bayern Munich vs Chelsea
Yes 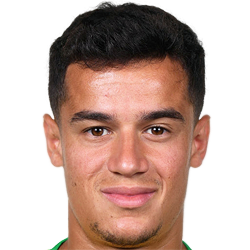 Customarily playing in the Central Attacking Midfielder position, Coutinho was born in Rio de Janeiro, Brazil. After having played his first senior match for Vasco da Gama in the 2010 season, the talented Midfielder has bagged 8 league goals in this Bundesliga 1 2019 - 2020 season to date coming from a total of 23 appearances.

We have made these Bayern Munich v Chelsea predictions for this match preview with the best intentions, but no profits are guaranteed. Please always gamble responsibly, only with money that you can afford to lose. We wish you the best of luck.