Bayern Munich journey to Deutsche Bank Park on Friday for the Bundesliga 1 fixture with home side Eintracht Frankfurt.

All of our predictions, stats and the user poll for Eintracht Frankfurt v Bayern Munich are shown below including the latest game odds.

In their past 6 fixtures, Oliver Glasner's Eintracht Frankfurt have managed to score a total of 9 times giving them an average number of goals scored per match equal to 1.5.

Inspecting their prior head-to-head meetings stretching back to 23/05/2020 shows that Eintracht Frankfurt have won 2 of them and Bayern Munich 4, with the tally of draws standing at 0.

The last league clash between the two was Bundesliga 1 match day 24 on 26/02/2022 which ended up with the score at Eintracht Frankfurt 0-1 Bayern Munich.

In that match, Eintracht Frankfurt had 32% possession and 6 shots on goal with 1 of them on target.

At the other end, Bayern Munich got 21 attempts on goal with 9 of them on target. Leroy Sané (71') was the scorer.

Out of a mainly healthy group, there’s only a single fitness worry for the Bayern Munich boss Julian Nagelsmann to contend with. Leon Goretzka (Knee Surgery) won’t be in action. Kingsley Coman cannot play in this game through suspension.

It looks to us that Bayern Munich have the ability to dominate on the ball and be rewarded with decent chances.

Conversely, Eintracht Frankfurt could well struggle getting goals but we do fancy them converting at least once here.

Our tip is for a decent 1-3 margin for Bayern Munich at the end of this one. 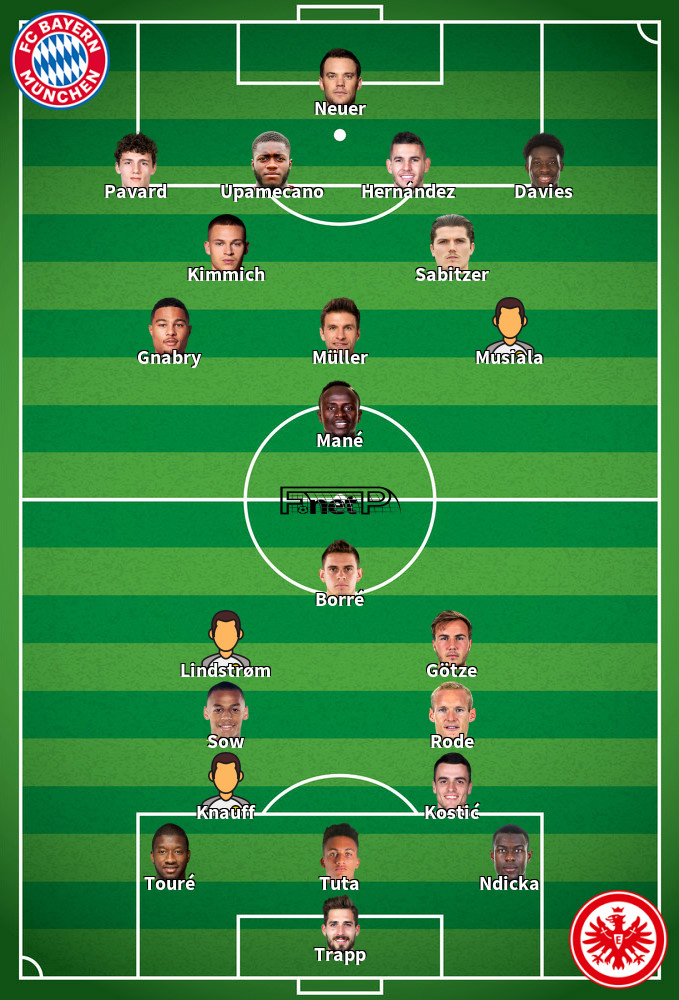 We have made these Eintracht Frankfurt v Bayern Munich predictions for this match preview with the best intentions, but no profits are guaranteed. Please always gamble responsibly, only with money that you can afford to lose. We wish you the best of luck.