Augsburg will take to the pitch with the visiting Bayern Munich at WWK Arena in this Bundesliga 1 game on Friday.

Our predictions, user poll and statistics for Augsburg v Bayern Munich can be found here (inc. the best betting odds).

Augsburg will be hoping to bounce back here after the 1-0 Bundesliga 1 losing effort in their last game against VfL Wolfsburg.

Augsburg have not been the best at stopping their opponents of late, although they’ve also managed to hit the back of the net themselves. Analysis of their previous 6 games shows that Augsburg have seen their goal breached in 6 of them in addition to managing to get on the scoresheet in 5 of those games. That pattern won’t necessarily be carried forward into this match, of course.

Bayern Munich will go into this clash after a 2-1 Bundesliga 1 win against Freiburg in their last fixture.

Proving their involvement in productive encounters, goals have been celebrated 30 times in the prior 6 games in which Bayern Munich have taken to the pitch, giving an average of 5 goals per fixture. Opposing teams have hit 10 of these goals.

Taking a look at their past results, Bayern Munich:

A review of past results between these clubs stretching back to 25/09/2018 shows that these encounters have ended in disappointment for Augsburg. They’ve not managed to get any wins whatsoever whereas Bayern Munich have remained in the ascendancy, winning in 67% of those games played.

A sum of 21 goals were yielded between them during those clashes, with 7 from Augsburg and 14 for Bayern. That’s an average goals per game figure of 3.5.

The last league meeting featuring these sides was Bundesliga 1 match day 34 on 22/05/2021 when it finished Bayern Munich 5-2 Augsburg.

At the other end, Augsburg got 9 shots on goal with 4 on target. Jeffrey Gouweleeuw (9' Own goal), André Hahn (67') and Florian Niederlechner (71') scored.

The Augsburg boss Markus Weinzierl has no fitness worries whatsoever coming into this clash with a fully healthy squad to pick from.

Due to a completely healthy group available for selection, the Bayern Munich boss Julian Nagelsmann has no fitness concerns at all ahead of this game.

When taking all factors into account, Bayern Munich will, in all probability, create a decent amount of chances and shots on target.

However, Augsburg could well struggle scoring goals although we reckon that they could well end up converting at least once.

We can therefore see a fairly comfortable 1-3 win for Bayern Munich at the end of the match. 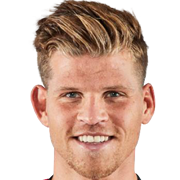 Customarily taking up the Striker position, Florian Niederlechner was born in Ebersberg, Germany. After having made a senior debut playing for Unterhaching in the 2011 - 2012 season, the dangerous Forward has got 3 league goals in the Bundesliga 2021 - 2022 campaign to date in a total of 9 appearances.

While we have made these predictions for Augsburg v Bayern Munich for this match preview with the best of intentions, no profits are guaranteed. Always gamble responsibly, and with what you can afford to lose. Good luck if you do place a bet today.