RB Leipzig line up against visiting rivals Bayern Munich at Red Bull Arena in the Bundesliga 1 match on Saturday.

All of our predictions, stats and the user poll for RB Leipzig v Bayern Munich are shown below - plus the latest match odds.

RB Leipzig won’t want a repeat of their last result here following a 0-1 Bundesliga 1 losing effort in their last game against Bayern Munich.

In their last 6 games, Jesse Marsch's RB Leipzig have hit the back of the net a combined total of 11 times, an average number of goals scored per match of 1.83.

Their past results show that RB Leipzig:

Indicating their bias toward high-scoring encounters, goals have been seen as many as 35 times in the previous 6 matches in which Bayern Munich have taken to the pitch, giving a mean average of 5.83 goals each meeting. Opposing teams have hit 7 of this grand total.

A review of their most recent head-to-head clashes stretching back to 11/05/2019 tells us that RB Leipzig have won 0 of these and Bayern Munich 2, with the number of draws being 4.

A total of 12 goals were scored between the two sides in this period, with 4 for Leipzig and 8 being from Bayern. That’s an average goals per game of 2.

The last league match between these clubs was Bundesliga 1 match day 27 on 03/04/2021 which ended up with the score at RB Leipzig 0-1 Bayern Munich.

In that game, RB Leipzig managed 53% possession and 13 attempts on goal with 2 of them on target.

Bayern Munich got 9 shots on goal with 5 on target. Leon Goretzka (38') scored.

Bayern Munich boss Julian Nagelsmann has to contend with a number of unavailable players. Corentin Tolisso (Calf Problems) and Kingsley Coman (Calf Injury) are not able to play.

Our thinking is that RB Leipzig must be fancied to score against this Bayern Munich lineup, but a single goal is unlikely to prevent them from conceding a couple at the other end.

We’re going for a narrow 1-2 winning margin for Bayern Munich at the end of this one. It’s a very tough call. 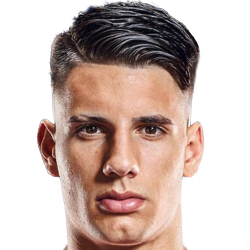 Mostly taking up the Centre Midfield position, Dominik Szoboszlai was born in Székesfehérvár, Hungary. After having made a senior debut playing for FC Liefering in the 2017 - 2018 season, the skilful Midfielder has struck 2 league goals in this Bundesliga 2021 - 2022 campaign so far from a total of 3 appearances.

We have made these RB Leipzig v Bayern Munich predictions for this match preview with the best intentions, but no profits are guaranteed. Please always gamble responsibly, only with money that you can afford to lose. Good luck!