Bayern Munich journey to Volkswagen Arena on Saturday for the Bundesliga 1 clash with hosts VfL Wolfsburg.

Our VfL Wolfsburg v Bayern Munich predictions, statistics and match poll can be seen below including the latest game odds.

VfL Wolfsburg will be looking for another win after a 0-1 Bundesliga 1 triumph vs Cologne.

In that game, VfL Wolfsburg had 40% possession and 5 attempts on goal with 3 on target. The only player to score for VfL Wolfsburg was Yannick Gerhardt (43'). 1. FC Köln had 18 shots at goal with 9 of them on target.

Fixtures featuring VfL Wolfsburg have usually been exciting ones recently with plenty of scoring being a common characteristic. Over their past six clashes, a total of 22 goals have been scored for both sides combined (at an average of 3.67 goals per game) with 12 of those belonging to VfL Wolfsburg.

Looking at their past form shows that VfL Wolfsburg:

In their previous game, Bayern Munich drew 2-2 in the Bundesliga 1 match with Stuttgart.

In that game, Bayern Munich had 75% possession and 22 attempts on goal with 7 of them on target. For Bayern Munich, goals were scored by Serge Gnabry (35') and Thomas Müller (44'). On the other side, VfB Stuttgart had 15 attempts at goal with 5 on target. Tiago Tomás (8') and Saša Kalajdžić (52') scored for Stuttgart.

In their last 6 clashes, Bayern Munich have amassed a tally of 11 goals. Bayern Munich have also managed to score in every single one of those games. During those fixtures, their defenders have seen 7 goals scored by their opponents. Let’s see if that trend will be sustained into this next match.

Going into this one, Bayern Munich have not been beaten by VfL Wolfsburg when having played them away from home in the previous 6 league games. An impressive run.

Looking over past results between these clubs going back to 09/03/2019 shows that these fixtures have been disappointments for VfL Wolfsburg. They have not managed to come away with any victories at all whereas Bayern Munich have been too good for them, winning in 100% of those ties.

A lot of goals were also scored during this period, 24 in all at an average of 4 goals per match.

The last league fixture featuring the two was Bundesliga 1 match day 17 on 17/12/2021 when the final score was Bayern Munich 4-0 VfL Wolfsburg.

At the other end, VfL Wolfsburg had 9 attempts at goal with 2 on target.

The referee was Tobias Welz.

Owing to a completely healthy squad available to select from, the Bayern Munich manager Julian Nagelsmann has no fitness concerns to report ahead of this match. Kingsley Coman will not be able to play in this game through being suspended.

Looking at these two teams, we feel that Bayern Munich can be able to create a good number of chances & successful shots on target.

At the same time, VfL Wolfsburg may well find it hard to make a breakthrough- but, we do see them managing to get on the scoresheet, too.

We’re tipping a decent 1-3 win for Bayern Munich by the conclusion of the game. 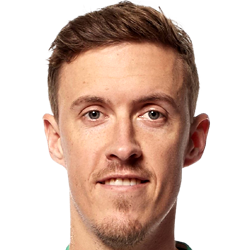 Generally taking to the field in the Striker position, Max Kruse was born in Reinbek, Germany. After having played his first senior match for Werder Bremen in the 2007 - 2008 season, the talented Forward has contributed 11 league goals in the Bundesliga 2021 - 2022 campaign so far in 29 appearances.

We have made these VfL Wolfsburg v Bayern Munich predictions for this match preview with the best intentions, but no profits are guaranteed. Please always gamble responsibly, only with money that you can afford to lose. Good luck if you do place a bet today.