The Bundesliga 1 clash at The Allianz Arena on Tuesday sees home side Bayern Munich go into battle with Cologne.

View all Bayern Munich v Cologne tips, stats and our pre-match poll below - plus the latest match odds.

Bayern Munich prepare for this game following on from a 1-1 Bundesliga 1 drawn game versus RB Leipzig.

Bayern Munich haven’t had any problems with scoring, netting in one hundred percent of their last 6 matches.

They have managed to rack up 20 during that period and have conceded a total of 6.

Going into this game, the form guide shows that Bayern Munich:

Cologne head into the clash following a 7-1 Bundesliga 1 win with the downing of Werder Bremen in their previous match.

Looking at their form, and Cologne have been scored against in 6 of their last 6 games, seeing opposing sides hit 10 goals overall. Defensively, Cologne could really do with shoring things up. That pattern might not be sustained into this next game, though.

Leading up to this clash, Cologne:

Looking at their past head to head results going back to 21/09/2019 shows that these encounters have not been happy ones for Cologne. They have not managed to come away with any victories at all whereas Bayern Munich have simply been better than them, winning in 100% of those matches.

There were also goals galore in those games, with 27 overall at an average of 4.5 goals per match.

In that match, Cologne managed 50% possession and 12 shots on goal with 3 on target.

The referee was Tobias Welz.

Thanks to a completely injury-free group available to choose from, the Cologne manager Steffen Baumgart has no fitness concerns to report coming into this match.

In our view, Bayern Munich have it within them to be able to create a decent number of chances and shots on target.

Conversely, Cologne might well find it a difficult task to get shooting opportunities but we do think it’s quite likely that they will be getting the chances to score, too.

We’re predicting a decent 3-1 win for Bayern Munich at the end of the match. 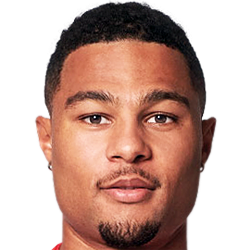 Normally deployed in the Right Wing position, Serge Gnabry was born in Stuttgart, Germany. After making a first senior appearance for Arsenal in the 2012 - 2013 season, the goalscoring Forward has contributed 8 league goals in this Bundesliga 2022 - 2023 campaign to date in 15 appearances.

We have made these Bayern Munich v Cologne predictions for this match preview with the best intentions, but no profits are guaranteed. Please always gamble responsibly, only with money that you can afford to lose.