The Galatasaray v BB Erzurumspor live stream video is ready for broadcast on 27/02/2021. Football fans can watch the game on a live streaming service if this match is included in the schedule referenced above. Here we show helpful information for watching this Super Lig match including the most recent guide to form, h2h meetings and our game views.

To watch this match via other ways, look up TV channel listings for your local region. These broadcasting rights are typically distributed on a per-competition/league or even individual match arrangement basis. For games shown live on regional television programmes, check the schedules on stations like BT Sport, Amazon Prime Video, Sky Sports, Now TV, iTV, Canal+, Fox Soccer, ESPN depending on your location.

Where the abovementioned broadcaster does broadcast a Galatasaray v BB Erzurumspor football live streaming coverage, you’ll be able to watch the game on a mobile (iPhone, Android including Huawei) and desktop plus tablet (eg iPad, Huawei MediaPad).

Post-game, we may also provide a link to game highlights from time to time. We aren’t responsible for the transmission of any match video content linked to from here. All legal issues must be dealt with via the hosters/owners of said content.

BB Erzurumspor will arrive at Türk Telekom Stadyumu on Saturday for the Super Lig showdown with home team Galatasaray.

View all Galatasaray v BB Erzurumspor tips, stats and our pre-match poll below including the latest game odds.

Galatasaray, who won their previous game, will hope for a similar result following the 0-1 Super Lig triumph over Alanyaspor.

The only name on the scoresheet from Galatasaray was Emre Kılınç (18').

Galatasaray haven’t had any problems with scoring, hitting the target in one hundred percent of their last 6 games.

They’ve managed to rack up 10 during that period while seeing the number of goals scored against them stand at 2.

Ahead of this clash, Galatasaray are unbeaten in their last 9 league matches at home. They have been so resilient here.

Since being beaten in their last game against Hatayspor in Super Lig action, BB Erzurumspor and their travelling supporters will be hoping that they can get a better result in this one.

The only player to score from BB Erzurumspor was Oltan Karakullukçu (93'). Alexandros Katranis (23'), Mame Biram Diouf (45') and Aaron Boupendza (51') scored for Hatayspor.

For 5 of the prior six games featuring BB Erzurumspor, a relatively low number of goals have gone in between them and their opponents. The overall average goals scored per game in that period comes to a paltry 1.83, with the number of goals averaged by Dadaşlar standing at 1. That kind of pattern won’t necessarily follow through here, however.

Heading into this fixture, BB Erzurumspor are unbeaten in their previous 3 away league matches.

The previous league contest featuring these clubs was Super Lig match day 6 on 24/10/2020 when it finished BB Erzurumspor 1-2 Galatasaray.

With a completely healthy squad available to select from, BB Erzurumspor manager Mesut Bakkal has no fitness concerns at all before this clash.

In this match, BB Erzurumspor have enough to break down this Galatasaray side, although that may not be as many as the goals that they could concede.

We can see a narrow 2-1 advantage for Galatasaray after the 90. It really should be an interesting one. 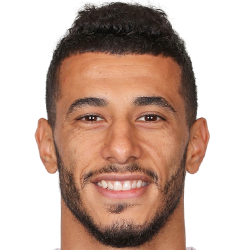 Usually played in the Central Attacking Midfielder position, Younès Belhanda was born in Avignon, France. Having played his first senior match for Montpellier in the 2009 - 2010 season, the gifted Midfielder has accumulated 6 league goals in the Süper Lig 2020 - 2021 season so far in a total of 20 appearances.

We have made these Galatasaray v BB Erzurumspor predictions for this match preview with the best intentions, but no profits are guaranteed. Please always gamble responsibly, only with money that you can afford to lose. Good luck!

⚽️ Where can I find the odds for other Super Lig games?

View all of our upcoming (and previous) Super Lig predictions & previews here.