Return to this page a few days before the scheduled game when this expired prediction will be updated with our full preview and tips for the next match between these teams.
Full-Time Result Prediction
👉
Belgium to Win

Scroll down for all of our predictions, poll and stats for the Belgium v Morocco game including the latest game odds.

Belgium fans will want a repeat of their previous result, being the 1-0 World Cup success vs Canada.

In their past 6 games, Roberto Martínez's Belgium have scored a combined total of 5 times, an average number of goals per match equal to 0.83.

Last time out, Morocco drew 0-0 in the World Cup tie with Croatia.

A run of steadfast showings from the Morocco defence has seen the number of goals they’ve conceded standing at 4 from their last 6 outings overall. In that time, their forwards have scored 9.

In our view, Belgium are likely to get a lot of shots on goal and make them count.

In contrast, Morocco will not find it easy to score but do we see them seeing enough of the ball to score, too.

Accordingly, we see a 3-1 winning score for Belgium by the time that the referee blows the final whistle. 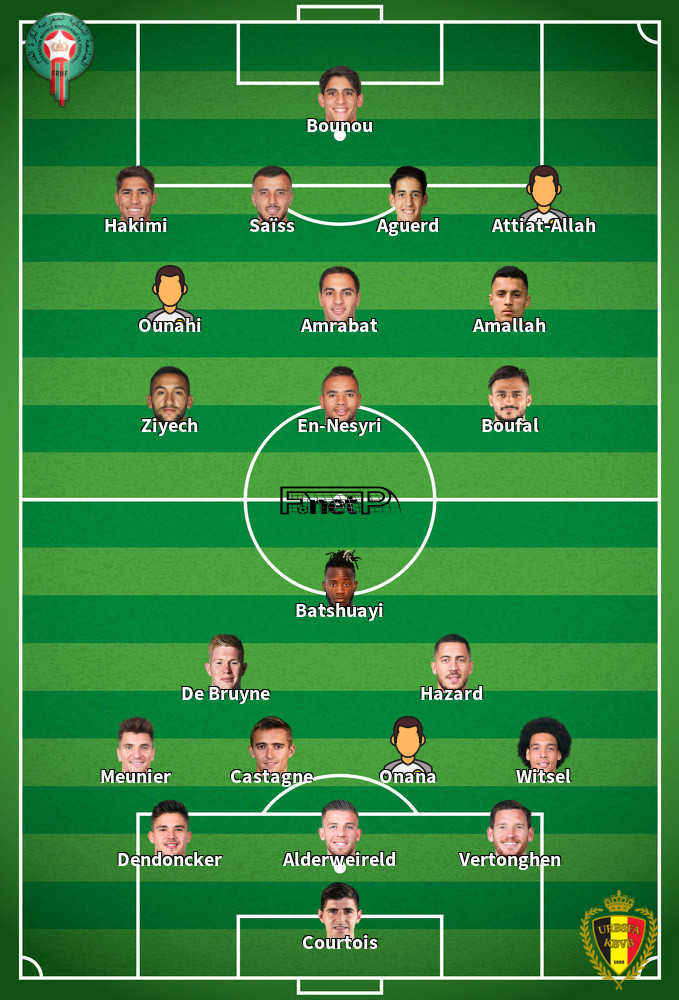 We have made these Belgium v Morocco predictions for this match preview with the best intentions, but no profits are guaranteed. Please always gamble responsibly, only with money that you can afford to lose. Good luck if you do place a bet today.