The Serie B game at Stadio Giovanni Zini on Sunday will see home team Cremonese doing battle with Benevento.

Our predictions, user poll and statistics for Cremonese v Benevento can be found here (inc. the best betting odds).

Cremonese will be looking for a repeat result of the 2-0 Serie B triumph versus Ternana.

A common feature of recent Cremonese games is the number of nil scores.

Taking their previous sextet of clashes before this one, in 5 of them a bet on BTTS would've been a loser.

Ahead of this clash, Cremonese haven't won against Benevento in their previous 2 league games.

In the game prior to this, Benevento drew 0-0 in the Serie B tie with Perugia.

For 5 of the previous 6 games featuring Benevento, a relatively low number of goals have been scored between them and opposing sides. The overall average goals scored per game in that spell is just 1.67, with the average goals for Benevento being 1.17. Having said that, we will just have to wait and see whether that trend will be replicated in this next match.

Coming into this fixture, Benevento are undefeated in their last 2 league matches away from home.

The previous league clash between these sides was Serie B match day 29 on 21/06/2020 and the score finished Cremonese 0-1 Benevento.

That day, Cremonese managed 42% possession and 16 attempts at goal with 5 on target.

On the other side, Benevento had 8 attempts at goal with 2 of them on target. Roberto Insigne (51') scored.

Thanks to a completely healthy squad available to choose from, the Benevento manager Fabio Caserta has no fitness concerns whatsoever before this game.

Our feeling is that Benevento could well find it tough to get anything against this Cremonese side who we reckon should manage to get a goal of their own in a winning performance.

We’re therefore predicting a 1-0 advantage for Cremonese after 90 minutes. 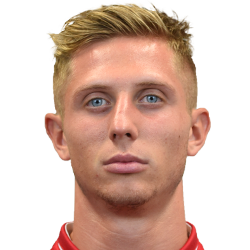 Regularly playing in the Striker position, Luca Vido was born in Bassano del Grappa, Italy. Having made his senior debut playing for Cittadella in the 2016 - 2017 season, the dangerous Forward has accumulated 2 league goals in the Serie B 2021 - 2022 campaign so far in a total of 6 appearances.

We have made these Cremonese v Benevento predictions for this match preview with the best intentions, but no profits are guaranteed. Please always gamble responsibly, only with money that you can afford to lose. Best of luck.