Famalicão will be facing visiting club Benfica at Estádio Municipal 22 de Junho in the Primeira Liga fixture on Friday.

View all Famalicão v Benfica tips, stats and our pre-match poll below including the latest game odds.

Famalicão go into this fixture coming off the back of a 3-3 Primeira Liga stalemate vs Marítimo.

It has been seldom in recent games where Famalicão have kept a clean sheet. The facts show that Famalicenses have failed to prevent opponents from scoring in 5 of their previous 6 clashes, letting in 8 goals during that time.

Since being defeated in their last game at the hands of PAOK in UCL Qualifiers action, Benfica will be hoping to turn things around here.

Over the course of their previous six clashes, Benfica have helped themselves to a tally of 13 goals. Benfica have also scored in every single one of those games. In that time, they have seen 5 goals scored by their opponents. That sort of trend isn’t assured to be continued into this match, of course.

The previous league match featuring the two was Primeira Liga match day 31 on 09/07/2020 which ended up with the score at Famalicão 1-1 Benfica.

That time, Famalicão managed 49% possession and 12 shots at goal with 6 on target. Their only player on the scoresheet was Guga Rodrigues (84').

For their opponents, Benfica got 20 shots at goal with 9 of them on target. Pizzi (37') was the scorer.

The match was refereed by Jorge Sousa.

Famalicão manager João Sousa will be grateful not to have any fitness worries to speak of ahead of this clash with a fully injury-free squad available for selection.

Looking at these two teams, we feel that Benfica should really score at least once when they play Famalicão, who won’t find it easy to score themselves.

We’re predicting a routine 0-2 victory for Benfica when all’s said and done.

Over/Under 2.5 Goals Prediction for Famalicão vs Benfica
Under 2.5 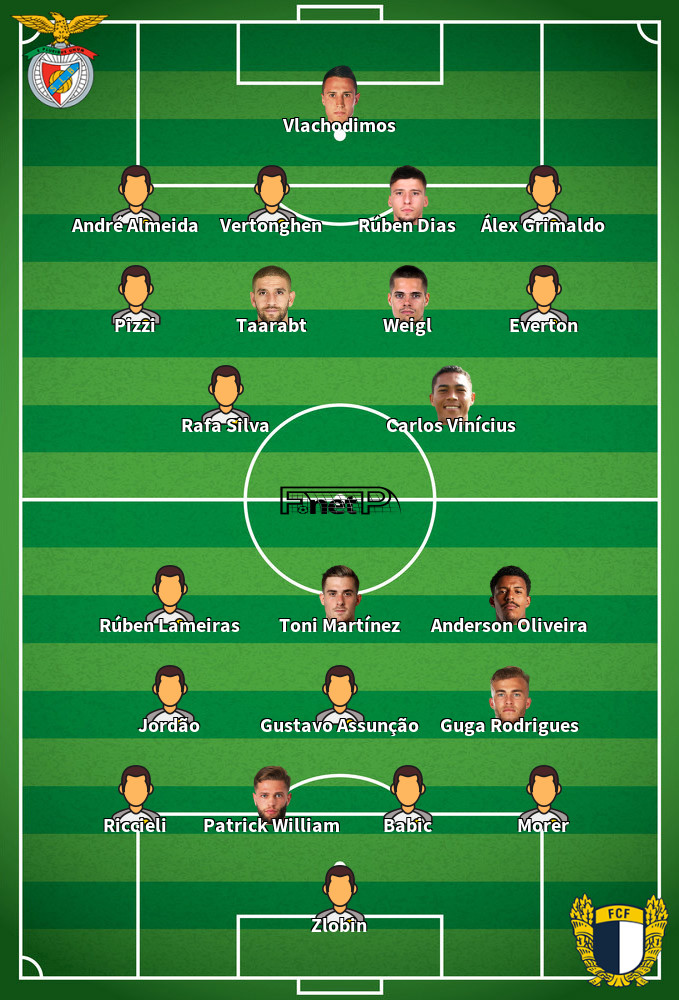 While we have made these predictions for Famalicão v Benfica for this match preview with the best of intentions, no profits are guaranteed. Always gamble responsibly, and with what you can afford to lose. Best of luck with your selections.