The Primeira Liga fixture at Estádio da Luz on Thursday will see home side Benfica prepare for the visit of Porto.

Our predictions, user poll and statistics for Benfica v Porto can be found here including the latest game odds.

Benfica will be hoping for a repeat of their last result, following the 0-2 Primeira Liga success versus Tondela.

Fixtures involving Benfica have proved to be lively affairs recently with high scoring the rule rather than the exception. Over their past six games, a total of 20 goals have gone in for both sides combined (at an average of 3.33 goals per game) with 16 of these belonging to Benfica.

Going into this one, Benfica have not registered a win against Porto in their last 3 league matches.

Porto come into this encounter after a 3-2 Primeira Liga win against Famalicão in their last fixture.

In that game, Porto had 57% possession and 10 attempts on goal with 4 on target. For Porto, the goalscorers were Toni Martínez (8'), Mehdi Taremi (61') and Marko Grujić (75'). For their opponents, Famalicão got 9 shots on goal with 3 on target. Ivo Rodrigues (44') and Anderson Oliveira (90') scored for Famalicão.

Over the course of their last half-dozen outings, Porto have helped themselves to a total of 9 goals. Dragões have also scored in every single one of those games. During that period, they’ve had 3 goals go into their own net. That kind of trend won’t necessarily follow through here, though.

Heading into this contest, Porto are unbeaten in their last 12 league matches away from home. They really have been good on their travels.

Inspecting their past head-to-head clashes going back to 15/04/2018 tells us that Benfica have won 2 of them and Porto 3, with the number of drawn games standing at 1.

An aggregate of 14 goals were produced between them throughout the course of those matches, with 6 of them from Benfica and 8 for Dragões. The average number of goals per game works out to 2.33.

The last league meeting featuring the two was Primeira Liga match day 14 on 15/01/2021 which ended up with the score at Porto 1-1 Benfica.

Benfica got 12 shots on goal with 4 of them on target. Álex Grimaldo (17') was the scorer.

The referee was Luis Godinho.

From a largely healthy group of players, there is only a single fitness worry for the Porto boss Sérgio Conceição to be concerned about. Iván Marcano (Muscle Injury) misses out for this game.

In our opinion, Porto and Benfica could well both score and end up finding themselves in a fairly even game here.

Shouldn’t be much in it, and a draw looks quite a realistic result. That is why we are leaning toward a very even match with a 1-1 score after 90 minutes. 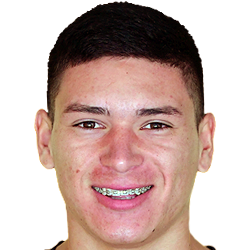 Typically playing in the Striker position, Darwin Núñez was born in Artigas, Uruguay. After making a first senior appearance for UD Almería in the 2019 - 2020 season, the skilful Forward has accumulated 6 league goals in this Primeira Liga 2020 - 2021 campaign to date from a total of 25 appearances.

We have made these Benfica v Porto predictions for this match preview with the best intentions, but no profits are guaranteed. Please always gamble responsibly, only with money that you can afford to lose. Good luck!