Thursday’s Europa League action will see Rangers up against Benfica.

View all Rangers v Benfica tips, stats and our pre-match poll below including the latest game odds.

Rangers are hoping to win again after their last result, the 4-0 Premiership triumph over Aberdeen.

Their most recent results highlight the fact that not much more can be done by the Rangers rearguard. The Gers have given the opposition little, seeing the number of goals that have flown into the back of their net over the course of their past 6 outings standing at 3.

Since suffering a loss in their previous game against Braga in Primeira Liga competition, Benfica and their travelling supporters will be hoping that they can get a better result in this one.

In as many as 5 out of the previous 6 games involving Benfica, a minimum of three goals have gone in. The average goals scored per match in that time is 4.17, with the number of goals averaged by Benfica equalling 2.33. Even so, we must now wait to see if such a trend will persist in this match or not.

The last league match between these clubs was Europa League match day 3 on 05/11/2020 when it ended Benfica 3-3 Rangers.

Looking at personnel, there is just the lone fitness concern for the Rangers gaffer Steven Gerrard to contend with from of an almost fully healthy squad. Nikola Katic (Cruciate Ligament Rupture) will miss out.

Benfica manager Jorge Jesus has not got a full squad to pick from. Julian Weigl (Corona virus), Adel Taarabt (Corona virus), Darwin Núñez (Corona virus), Pedrinho (Foot Injury), André Almeida (Cruciate Ligament Rupture), Jean-Clair Todibo (Achilles tendon problems) and Nuno Tavares (Hip Injury) are those who can’t be considered. Nicolás Otamendi will not be able to play in this game through being suspended.

We’re inclined to think that Benfica will have to play well to break down this Rangers side who we think might well manage to score & go ahead.

We’re therefore anticipating a very competitive game with a 1-0 victory for Rangers at the end of this one. 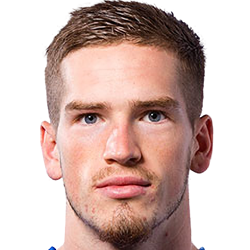 Normally taking to the field in the Central Attacking Midfielder position, Ryan Kent was born in Oldham, England. After having played his first senior match for Coventry City in the 2015 - 2016 season, the dangerous Midfielder has managed 4 league goals in the Premiership 2020 - 2021 season so far coming from a total of 14 appearances.

While we have made these predictions for Rangers v Benfica for this match preview with the best of intentions, no profits are guaranteed. Always gamble responsibly, and with what you can afford to lose. Best of luck with your selections.