Our full set of predictions, statistics and match poll for Cherno More Varna v Beroe Stara Zagora can be seen below (plus the best game odds).

Their latest results reveal that much solidity has been shown by the Cherno More Varna backline. Cherno More Varna have given the opposition little, seeing the number of goals that have flown into the back of their net over the course of their previous 6 clashes standing at 2. Despite that, we must now wait to see if that pattern will be maintained in this upcoming match.

Going into this contest, Beroe Stara Zagora have not emerged victorious against Cherno More Varna when they have played them away from home in the previous 3 league matches.

An examination of their most recent head to head clashes going back to 21/05/2019 shows us that Cherno More Varna have won 3 of these games & Beroe Stara Zagora 2, with the tally of drawn matches standing at 1.

A sum of 14 goals were shared by the two clubs during those clashes, with 6 of them from The Sailors and 8 for Zelenite. The average goals per game has been 2.33.

The Cherno More Varna boss Ilian Iliev does not have any fitness worries at all before this game with a completely healthy squad ready to go.

Thanks to a fully healthy squad available to select from, the Beroe Stara Zagora boss Petar Kolev has no fitness worries to report coming into this game.

We feel that Beroe Stara Zagora might well have a job on their hands to hit the back of the net against this Cherno More Varna team who we think should get the win and a maybe even keep a clean sheet as well.

We therefore see a narrow 1-0 victory for Cherno More Varna after 90 minutes. 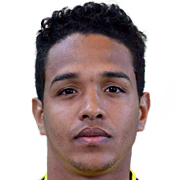 Normally taking up the Central Attacking Midfielder position, Rodrigo Henrique was born in Brazil. Having made a first senior appearance for Cherno More Varna in the 2018 - 2019 season, the accomplished Midfielder has struck 4 league goals in this First League 2021 - 2022 campaign to date in a total of 13 appearances.

While we have made these predictions for Cherno More Varna v Beroe Stara Zagora for this match preview with the best of intentions, no profits are guaranteed. Always gamble responsibly, and with what you can afford to lose.