CSKA 1948 will be taking on visiting opponents Beroe Stara Zagora at Vasil Levski National Stadium in the First League tie on Monday.

Our predictions, user poll and statistics for CSKA 1948 v Beroe Stara Zagora can be found here - plus the latest match odds.

CSKA 1948 will be hoping to bounce back here after a 3-1 First League losing effort in their last game against Botev.

Nikolay Kirov's CSKA 1948 have netted 10 times over their preceding six outings. The tally of goals that have been scored against them in those same fixtures stands at 9.

Coming into this fixture, CSKA 1948 are unbeaten in their last 2 league matches at home.

Beroe Stara Zagora will go into the encounter following on from a 1-0 First League win with the defeat of Lokomotiv Plovdiv in their most recent game.

Looking at personnel, there is just the sole fitness concern for the CSKA 1948 manager Nikolay Kirov to be concerned with from an otherwise fully-primed set of players. Angel Lyaskov (Knee Injury) will miss out.

Thanks to a completely injury-free group to choose from, the Beroe Stara Zagora manager Petar Kolev has zero fitness worries to report coming into this game.

It’s looking like Beroe Stara Zagora and CSKA 1948 could both end up scoring in a what should be a good tussle with little between the two teams.

We’ll see, but this looks like it could end up all-square. Our tip is therefore for a very close game with a score draw at the end of the 90 minutes. 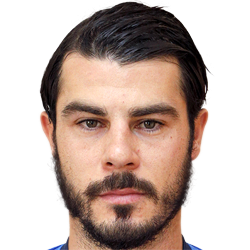 Normally taking to the field in the Central Attacking Midfielder position, Galin Ivanov was born in Kazanlak, Bulgaria. Having made a first senior appearance for Beroe Stara Zagora in the 2006 - 2007 season, the goalscoring Midfielder has got 3 league goals in the First League 2021 - 2022 season so far coming from a total of 8 appearances.

While we have made these predictions for CSKA 1948 v Beroe Stara Zagora for this match preview with the best of intentions, no profits are guaranteed. Always gamble responsibly, and with what you can afford to lose.