Beroe Stara Zagora face off with visiting side Pirin at Stadion Beroe in this First League meeting on Friday.

Our Beroe Stara Zagora v Pirin tips, poll and stats can be seen in full below - as well as up-to-date odds.

Fewer than three goals per match were recorded in 5 of the past 6 meetings where Beroe Stara Zagora have been participants. In terms of the goal split from this period, opposing sides scored a total of 4 while Beroe Stara Zagora managed a tally of 5.

Their past results show that Beroe Stara Zagora:

After a loss in their previous game against Botev in First League action, Pirin and their travelling supporters will be hoping that they can get a better result in this one.

In that match, Pirin had 55% possession and 11 attempts on goal with 5 on target. On the other side, Botev got 9 shots at goal with 5 of them on target. Todor Nedelev (20') scored for Botev.

Looking at their form, and Pirin have been scored against in 6 of their last 6 matches, seeing opposing sides hit 9 goals in total. In defence, Pirin just haven’t been too solid at all. Nevertheless, we will just have to wait and see if the trend will continue on in this match.

Coming into this fixture, Pirin are without an away win for the past 11 matches in the league. Who knows how long it might last, too.

Looking over their prior head-to-head meetings going back to 12/12/2016 shows that Beroe Stara Zagora have won 2 of these and Pirin 0, with the tally of drawn games standing at 4.

A total of 14 goals were produced between them throughout the course of those matches, with 8 for Zelenite and 6 coming from Orletata. That is an average goals per game value of 2.33.

The Beroe Stara Zagora boss Petar Kolev doesn’t have any fitness worries whatsoever ahead of this game owing to a completely healthy group to pick from.

Due to a completely injury-free group to pick from, the Pirin manager Warren Feeney has zero fitness concerns to report coming into this match.

In our opinion, Beroe Stara Zagora will likely create enough chances to score more than one when they play Pirin, who will not find it easy finding the net themselves. 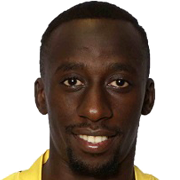 Typically played in the Left Attacking Midfielder position, Oumar Camara was born in Montivillers, France. After making a first senior appearance for Orléans in the 2017 - 2018 season, the skilful Midfielder has hit 3 league goals in the First League 2021 - 2022 season to date from a total of 10 appearances.

We have made these Beroe Stara Zagora v Pirin predictions for this match preview with the best intentions, but no profits are guaranteed. Please always gamble responsibly, only with money that you can afford to lose. Good luck with your selections.