The Super Lig match at Vodafone Park on Friday sees home side Beşiktaş facing opposition in the form of Denizlispor.

Full predictions, stats & game poll for the Beşiktaş v Denizlispor match are shown here - along with the latest match odds.

Beşiktaş will be hoping for a repeat of their last result, following the 0-3 Super Lig success vs Gençlerbirliği.

Beşiktaş haven’t had any problems with scoring, finding the back of the net in each and every one of their last 6 games.

They have claimed a sum of 12 during that period while also conceding a total of 5.

Ahead of this meeting, Beşiktaş are unbeaten in the league by Denizlispor in their previous 14 matches. What a record.

Denizlispor head into the encounter after a 1-0 Super Lig win with the eclipse of Gençlerbirliği in their last match.

The only scorer from Denizlispor was Muris Mešanović (19').

The stats tell the story, and Denizlispor have been scored against in 5 of their last 6 games, conceding 7 goals in total. At the back, Horozlar have clearly had some problems. Previous results aside, time will tell whether the trend will persist in this next match or not.

Heading into this contest, Denizlispor are without a win away from home in their last 5 league matches.

An inspection of their past head to head meetings going back to 30/05/2009 shows that these fixtures have not been kind to Denizlispor. They have not managed to register any victories whatsoever whereas Beşiktaş have just been stronger than them, finishing as winners in 100 per cent of those games played.

An aggregate of 17 goals were yielded between them in these games, with 13 for Kara Kartallar and 4 for Horozlar. That is an average goals per game value of 2.83.

The last league clash between the two was Super Lig match day 6 on 26/10/2020 when it ended Denizlispor 2-3 Beşiktaş.

Cenk Tosun (Edema in the knee) and Francisco Montero (Sideband strain in the knee) will be missing for Beşiktaş boss Sergen Yalçın. The players who will not be able to play in this game through being suspended are Douglas and Muhayer Oktay.

We believe that Denizlispor have it within them to find the back of the net against this Beşiktaş team, however that is unlikely to be as many as they’ll concede.

Our tip is for a 2-1 win for Beşiktaş at the end of the match. It should be a decent one. 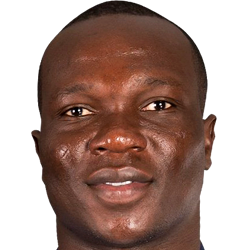 Mostly taking up the Striker position, Vincent Aboubakar was born in Yaoundé, Cameroon. After having made a senior debut playing for Cotonsport Garoua in the 2009 - 2010 season, the gifted Forward has accumulated 12 league goals in the Süper Lig 2020 - 2021 campaign so far in 20 appearances.

While we have made these predictions for Beşiktaş v Denizlispor for this match preview with the best of intentions, no profits are guaranteed. Always gamble responsibly, and with what you can afford to lose. Good luck!