Our Beşiktaş v Giresunspor predictions, statistics and match poll can be seen below - plus the latest match odds.

Beşiktaş will be looking for an improved result here after the 1-2 Champions League loss in their previous game against Ajax.

In that game, Beşiktaş managed 45% possession and 11 shots on goal with 3 on target. The only player on the scoresheet for Beşiktaş was Rachid Ghezzal (22'). For their opponents, Ajax had 18 shots at goal with 6 of them on target. Sébastien Haller (54', 69') scored for Ajax.

It’s been a rare occasion in recent times that Beşiktaş have shown defensive steel. In fact, Beşiktaş have been scored against in 6 of their previous 6 clashes, leaking 12 goals on the way. That sort of pattern might not follow through into this game, of course.

Giresunspor come into this encounter after a 1-0 Super Lig win in the defeat of Yeni Malatyaspor in their last game.

For 5 of the past six games involving Giresunspor, a comparatively low number of goals have been scored between them and their opposition. The overall average number of goals per game within that spell comes to a paltry 1.5, with the average goals for Çotanaklar equalling 1.

The Beşiktaş boss Sergen Yalçın doesn’t have any fitness concerns whatsoever before this clash thanks to a fully injury-free group available to choose from.

Owing to a fully healthy group ready to go, the Giresunspor boss Hakan Keleş does not have any fitness worries to speak of ahead of this match.

In this match, Beşiktaş should really create the chances to score more than once when they line up against Giresunspor, who could well find it tough to break down their defence.

We’re therefore anticipating a 2-0 winning margin for Beşiktaş when the full-time whistle blows. 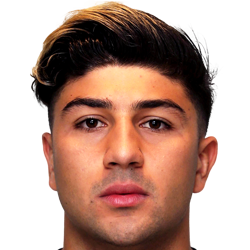 Mostly playing in the Striker position, Güven Yalçın was born in Düsseldorf, Germany. After having made a senior debut playing for Beşiktaş in the 2018 - 2019 season, the goalscoring Forward has contributed 3 league goals in the Süper Lig 2021 - 2022 season to date in 9 appearances.

While we have made these predictions for Beşiktaş v Giresunspor for this match preview with the best of intentions, no profits are guaranteed. Always gamble responsibly, and with what you can afford to lose. Best of luck with your selections.