Beşiktaş will do battle with the visiting Hatayspor at Vodafone Park in this Super Lig game on Saturday.

Our Beşiktaş v Hatayspor predictions, statistics and match poll can be seen below (inc. the best betting odds).

Beşiktaş will be hoping for a repeat of their last result, following the 2-3 Super Lig success vs Çaykur Rizespor.

Fixtures with Beşiktaş have proved to be exciting encounters lately with plenty of scoring being a real hallmark. Over their past 6 clashes alone, the sum of 22 goals have been scored for both teams combined (at an average of 3.67 goals per game) with 15 of these being chalked up by Kara Kartallar.

Ahead of this meeting, Beşiktaş are unbeaten in their last 7 league matches at home.

Hatayspor will go into the game following on from a 3-1 Super Lig win as they beat Gençlerbirliği in their previous game.

In that game, Hatayspor managed 49% possession and 16 shots on goal with 9 on target. For Hatayspor, the goalscorers were Rayane Aabid (9') and Mame Biram Diouf (51', 84'). Gençlerbirliği got 18 attempts at goal with 6 of them on target. Robert Piris Da Motta (78') scored for Gençlerbirliği.

The stats don’t lie, and Hatayspor have been scored against in 5 of their last 6 games, with opponents netting 8 goals overall. At the back, Hatayspor have seen their frailties exposed. That kind of trend isn’t assured to follow through into this game, though.

Looking at the pre-match facts, Hatayspor:

The previous league contest featuring these clubs was Super Lig match day 18 on 10/01/2021 when the final score was Hatayspor 2-2 Beşiktaş.

Vincent Aboubakar (Hamstring Injury), Oguzhan Özyakup (Calf Strain), Ajdin Hasic (Cruciate Ligament Rupture) and Cenk Tosun (Patella rupture) will not be taking part for Beşiktaş boss Sergen Yalçın. Muhayer Oktay will not be able to play in this game through being suspended.

We feel that Beşiktaş will more than likely get amongst the goals when they come up against Hatayspor, who could well find it tough finding the net themselves.

Accordingly, we see a controlled 2-0 victory for Beşiktaş at the conclusion of the game. 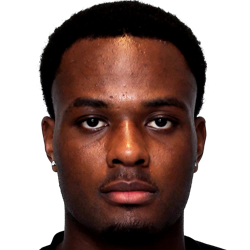 Customarily used in the Striker position, Cyle Larin was born in Brampton, Canada. Having made his senior debut playing for Orlando City in the 2015 season, the skilful Forward has scored 15 league goals in this Süper Lig 2020 - 2021 campaign to date in 33 appearances.

We have made these Beşiktaş v Hatayspor predictions for this match preview with the best intentions, but no profits are guaranteed. Please always gamble responsibly, only with money that you can afford to lose. Good luck with your selections.