Kayserispor are going up against away team Beşiktaş at Kadir Has Şehir Stadyumu in the Super Lig game on Sunday.

Kayserispor will want to continue from where they left off last time out with a 4-1 Super Lig triumph over Sivasspor.

Kayserispor have been conceding pretty frequently recently, but they’ve also managed to hit the back of the net themselves. Analysis of their previous 6 games shows that Kayserispor have been punished defensively in 6 of them in addition to getting on the scoresheet in 6 of those games. That kind of pattern won’t necessarily be carried forward here, of course.

Beşiktaş will come into the meeting following a 1-2 Super Lig win against Konyaspor in their previous outing.

In their last six outings, Beşiktaş have bagged the sum of 12 goals. Beşiktaş have additionally got on the scoresheet in every single one of those games. Over that period, they have seen 7 goals scored by their opponents.

Going into this game, the form guide shows that Beşiktaş:

An examination of their prior head-to-head clashes going back to 06/07/2020 shows that Kayserispor have won 1 of these games and Beşiktaş 5, with the tally of drawn results being 0.

The previous league game featuring these sides was Super Lig match day 1 on 06/08/2022 which ended up with the score at Beşiktaş 1-0 Kayserispor.

On that occasion, Beşiktaş managed 55% possession and 20 attempts on goal with 6 of them on target. Their only player on the scoresheet was Rachid Ghezzal (96').

At the other end, Kayserispor got 5 shots at goal with 1 on target.

The match was refereed by Umit Öztürk.

In an otherwise available squad, there is only the one fitness problem for the Beşiktaş boss Şenol Güneş to contend with. Souza (Unknown Injury) won’t be in action.

We’re inclined to think that Kayserispor could well find it tough to get anything against this Beşiktaş team who will likely win and very possibly keep a clean sheet.

Our tip is therefore for a hard-fought 0-1 advantage for Beşiktaş at the end of this one. 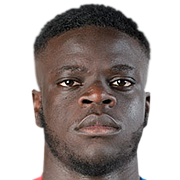 Generally used in the Centre Midfield position, Olivier Kemen was born in Douala, Cameroon. After having played his first senior match for Lyon in the 2015 - 2016 season, the talented Midfielder has managed 3 league goals in the Süper Lig 2022 - 2023 campaign to date coming from a total of 12 appearances.

We have made these Kayserispor v Beşiktaş predictions for this match preview with the best intentions, but no profits are guaranteed. Please always gamble responsibly, only with money that you can afford to lose. Best of luck.