Return to this page a few days before the scheduled game when this expired prediction will be updated with our full preview and tips for the next match between these teams.
The Süper Lig clash at Vodafone Park on Friday sees hosts Beşiktaş take on Konyaspor. Full predictions, stats & game poll for the Beşiktaş v Konyaspor match are shown here (including the best match odds).

Beşiktaş will want to continue from where they left off last time out with a 1-5 Süper Lig triumph vs Denizlispor. For Beşiktaş, the goalscorers were Burak Yılmaz (10'), Gökhan Gönül (60'), Georges-Kévin Nkoudou (67'), Adem Ljajić (75') and Abdoulay Diaby (78'). Óscar Estupiñán (53') was the scorer for Denizlispor.

Kara Kartallar have been finding it hard to keep clean sheets of late, although they’ve also found ways to hit the back of the net themselves. Analysis of their previous 6 games shows that Kara Kartallar have conceded in 5 of them as well as getting on the scoresheet in 5 of those matches.

Coming into this fixture, Beşiktaş are unbeaten in the league by Konyaspor in their previous 7 matches.

In their previous game, Konyaspor drew 2-2 in the Süper Lig match with Sivasspor. For Konyaspor, the goalscorers were Nejc Skubic (37') and Deni Milošević (44'). Arouna Koné (30') and Petar Škuletić (90') scored for Sivasspor.

Bulent Korkmaz's Konyaspor have fired home 7 times throughout their latest six matches. The overall goals that they have conceded during those matches comes to 7.

Their prior results show that Konyaspor:

An inspection of their past head to head meetings going back to 30/01/2017 shows that these fixtures have been disappointments for Konyaspor. They have not managed to get any victories at all while Beşiktaş have simply been better than them, beating them in 67% of those matches.

A combined sum of 20 goals were scored between the two sides throughout the course of those matches, with 14 from Kara Kartallar and 6 netted by Konyaspor. That’s an average goals per game figure of 3.33.

The last league match featuring these clubs was Süper Lig match day 12 on 23/11/2019 and the score finished Konyaspor 0-1 Beşiktaş. The referee was Firat Aydinus.

In an otherwise available squad, there’s just a single fitness worry for the Konyaspor boss Bulent Korkmaz to contend with. Paolo Hurtado (Strain) won’t be in action.

We believe that Beşiktaş will most probably be able to create a high number of chances and successful shots on target. At the other end, Konyaspor could well find it tough getting on the scoresheet although we do think that they will probably end up converting at least once here, too. We’re predicting a decent 3-1 winning score for Beşiktaş by the time that the referee blows the final whistle.

Both Teams to Score Prediction for Beşiktaş vs Konyaspor
Yes 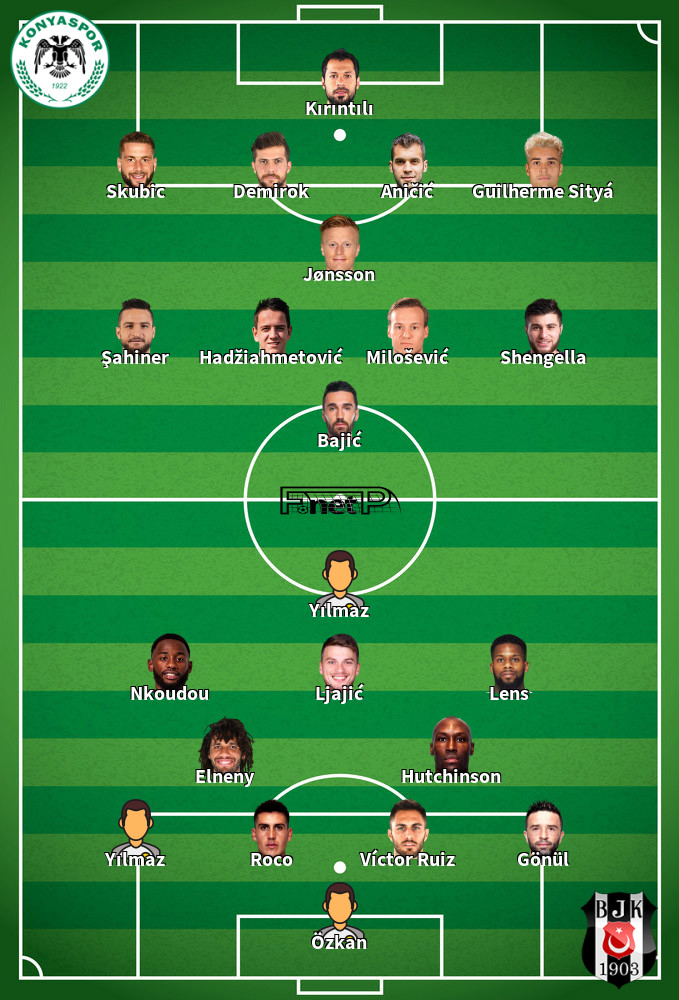 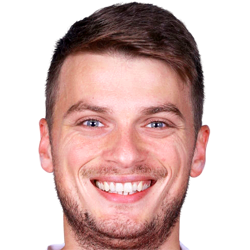 Usually taking up the Central Attacking Midfielder position, Adem Ljajić was born in Novi Pazar, Serbia. After making a first senior appearance for Fiorentina in the 2009 - 2010 season, the dangerous Midfielder has struck 5 league goals in the Süper Lig 2019 - 2020 campaign so far in a total of 24 appearances.

We have made these Beşiktaş v Konyaspor predictions for this match preview with the best intentions, but no profits are guaranteed. Please always gamble responsibly, only with money that you can afford to lose. We wish you the best of luck.