Scroll down for all of our predictions, poll and stats for the Birmingham City v Blackburn Rovers game - as well as up-to-date odds.

Birmingham City enter this game coming off the back of a 2-2 FA Cup tied result versus Blackburn Rovers.

Jon Dahl Tomasson's Blackburn Rovers have found the back of the net a total of 6 times in the course of their latest sextet of matches. The overall goals that they have conceded during that same period comes to 9.

Delving into their past head to head results stretching back to 02/01/2021 shows that these encounters have ended in disappointment for Birmingham City. They’ve not managed to get any wins at all while Blackburn Rovers have been superior, running out winners in 83 per cent of those matches played.

The Birmingham City manager John Eustace will be thankful to have no fitness concerns at all coming into this clash owing to a completely injury-free group available to select from.

Due to a completely healthy squad ready to go, the Blackburn Rovers manager Jon Dahl Tomasson doesn’t have any fitness concerns whatsoever ahead of this clash.

We’ve got the feeling that Blackburn Rovers and Birmingham City should both be able to score here although it’s hard to pick a clear winner.

It could well end in a draw. We therefore see a tight encounter, finishing with a 1-1 draw at the conclusion of the game. 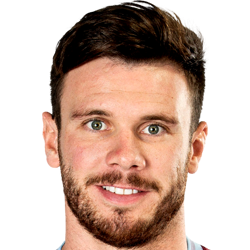 Mostly playing in the Striker position, Scott Hogan was born in Salford, England. Having made his senior debut playing for Hyde FC in the 2012 - 2013 season, the gifted Forward has managed 9 league goals in the Championship 2022 - 2023 campaign to date from a total of 23 appearances.

We have made these Birmingham City v Blackburn Rovers predictions for this match preview with the best intentions, but no profits are guaranteed. Please always gamble responsibly, only with money that you can afford to lose. Good luck with your selections.