Stoke City journey to St. Andrew's Stadium on Saturday for the Championship clash with home side Birmingham City.

Our Birmingham City v Stoke City predictions, statistics and match poll can be seen below - as well as up-to-date odds.

Birmingham City prepare for this fixture after a 0-0 Championship drawn game against Brentford.

A recurring trait of more recent Birmingham City games is the number of results with a nil in them.

From their prior sextet of clashes leading up to this one, in as many as 5 of them a bet on "Both Teams to Score" would have been a losing one. That kind of pattern won’t necessarily be sustained into this next game, however.

Since tasting defeat last time out to Millwall in Championship action, Stoke City will be aiming to make amends here.

A tendency of at least one team drawing a blank in games featuring Stoke City has become noticeable in recent matches. Checking on their last 6 outings reveals that this has occurred 5 times. In those clashes, opposing sides have hit a goal aggregate of 5 while The Potters have scored 6.

Heading into this contest, Stoke City are unbeaten in their last 2 league matches away from home.

A review of their most recent head to head meetings stretching back to 29/10/2013 shows us that Birmingham City have won 3 of them and Stoke City 1, with the number of draws standing at 2.

A sum of 18 goals were produced between them in this period, with 10 of them for The Blues and 8 coming from The Potters. That’s an average goals per game figure of 3.

The previous league clash between these clubs was Championship match day 4 on 04/10/2020 which finished with the scoreline of Stoke City 1-1 Birmingham City.

On that day, Stoke City managed 65% possession and 11 shots at goal with 1 of them on target. The scorer was Nick Powell (86').

On the other side, Birmingham City got 4 shots at goal with 1 on target. Harlee Dean (65') was the scorer.

Birmingham City manager Lee Bowyer does not have any fitness worries at all coming into this game owing to a completely injury-free group available for selection.

We believe that Birmingham City could well find it tough to hit the back of the net against this Stoke City team who will likely score & stay on top.

We’re therefore predicting a very competitive game with a 0-1 victory for Stoke City at the end of the 90 minutes. 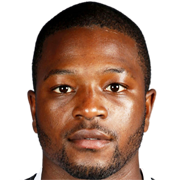 Mostly deployed in the Right Wing position, Jérémie Béla was born in France. Having played his first senior match for RC Lens in the 2012 - 2013 season, the dangerous Forward has hit 3 league goals in this Championship 2020 - 2021 campaign so far from a total of 34 appearances.

We have made these Birmingham City v Stoke City predictions for this match preview with the best intentions, but no profits are guaranteed. Please always gamble responsibly, only with money that you can afford to lose. We wish you the best of luck.