The Allsvenskan clash at Tele2 Arena on Saturday sees home team Djurgårdens IF prepare for the visit of BK Häcken.

Scroll down to see all of the predictions, poll and statistics for Djurgårdens IF v BK Häcken - as well as up-to-date odds.

Djurgårdens IF are hoping to win again after their last result, a 0-1 Allsvenskan victory versus AIK.

Their more recent scorelines reveal that it has been a great time for the Djurgårdens IF rearguard. Blåränderna have been miserly, resulting in the total number of goals that have flown into the back of their net over the course of their last 6 clashes standing at 4. While that may be of interest, we must now wait to see if such a trend shall be replicated here in this game.

Looking at the pre-match facts, Djurgårdens IF:

In their previous fixture, BK Häcken drew 0-0 in the Allsvenskan match with IFK Göteborg.

Illustrating their partiality to fruitful matches, the back of the net has been hit 21 times in the prior six matches in which BK Häcken have taken to the pitch, giving an average of 3.5 goals for each meeting. Opposing teams have got 5 from this total.

Looking at their most recent head to head meetings stretching back to 12/03/2018 tells us that Djurgårdens IF have won 4 of them & BK Häcken 2, with the tally of drawn results standing at 0.

17 goals were scored between them during those clashes, with 8 of them for Blåränderna and 9 for Getingarna. The average number of goals per game works out to 2.83.

The last league fixture featuring these sides was Allsvenskan match day 17 on 28/07/2019 when it finished Djurgårdens IF 2-0 BK Häcken.

On that day, Djurgårdens IF managed 59% possession and 16 shots at goal with 5 on target. The goalscorers were Jacob Une Larsson (80') and Edward Chilufya (92').

At the other end, BK Häcken got 10 shots on goal with 1 on target.

The referee was Andreas Ekberg.

Djurgårdens IF boss Kim Bergstrand doesn’t have any fitness concerns whatsoever ahead of this match thanks to a fully healthy squad available for selection.

Due to a mostly healthy group of players, there is just the sole fitness problem for the BK Häcken gaffer Andreas Alm to be concerned about. Kevin Yakob (Cruciate Ligament Rupture) won’t be in action.

We feel that BK Häcken will have their work cut out to hit the back of the net against this Djurgårdens IF side who we reckon will emerge victorious.

We’re therefore tipping a hard-fought contest, finishing with a 1-0 advantage for Djurgårdens IF when all is said and done. 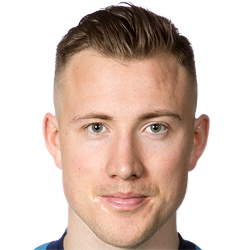 Customarily taking to the field in the Centre Midfield position, Fredrik Ulvestad was born in Ålesund, Norway. After having made a senior debut playing for Aalesunds FK in the 2011 season, the talented Midfielder has scored 5 league goals in the Allsvenskan 2020 campaign to date in a total of 11 appearances.

We have made these Djurgårdens IF v BK Häcken predictions for this match preview with the best intentions, but no profits are guaranteed. Please always gamble responsibly, only with money that you can afford to lose. Good luck if you do place a bet today.