The Championship tie at Cardiff City Stadium on Saturday will see home side Cardiff City play against Blackburn Rovers.

Our tips, poll and stats for Cardiff City v Blackburn Rovers can all be found here - as well as the best betting odds.

Cardiff City, following on from their previous result, will be hoping for more of the same after a 2-1 FA Cup triumph against Preston North End.

Cardiff City have been conceding pretty frequently of late, but they have also done enough to hit the back of the net themselves. Looking at their last 6 games, Cardiff City have conceded in 6 of them while also getting on the scoresheet in 5 of those matches.

Going into this encounter, Cardiff City have not won against Blackburn Rovers in their last 6 league matches.

Since a losing effort in their last game against Wigan Athletic in FA Cup competition, Blackburn Rovers will be hoping to turn things around here.

A run of hard-working displays by the Blackburn Rovers defensive unit has resulted in the number of goals they’ve conceded standing at 4 from their past 6 outings in total. Over that same period of time, the number of goals that they have scored themselves is 11. That kind of pattern won’t necessarily follow through into this next game, of course.

Heading into this fixture, Blackburn Rovers haven't been defeated by Cardiff City when they have played them away from home in the previous 2 league games.

A review of their prior head to head meetings going back to 07/03/2017 shows that Cardiff City have won 0 of these games & Blackburn Rovers 2, with the number of drawn matches standing at 4.

A total of 17 goals were scored between the two sides in this period, with 6 for The Bluebirds and 11 belonging to Rovers. That’s an average goals per game figure of 2.83.

We think that The Bluebirds should employ a 3-5-2 system for this one, beginning the first half with Alex Smithies, Mark McGuinness, Aden Flint, Curtis Nelson, Perry Ng, Will Vaulks, Marlon Pack, Joe Ralls, Joel Bagan, Mark Harris and James Collins.

From a largely healthy squad, there is only a single fitness problem for the Blackburn Rovers gaffer Tony Mowbray to be concerned about. Bradley Dack (Cruciate Ligament Injury) won’t be in action.

We’re of the opinion that Blackburn Rovers and Cardiff City could well cancel each other out, with goals at a real premium.

Let’s see how it plays out, but a draw with few scoring chances is looking likely to us. We’re therefore tipping a very even match with a 0-0 scoreline when the referee blows the final whistle. 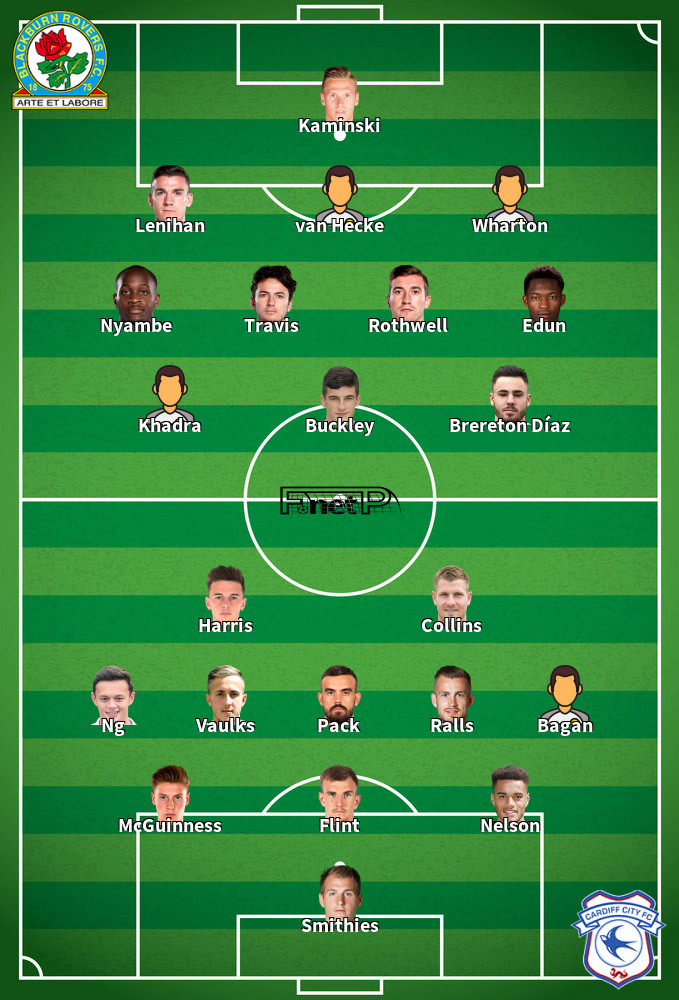