For all of our match predictions, pre-game poll and statistics for Blackburn Rovers v Hartlepool United, scroll down (inc. the best betting odds).

Blackburn Rovers, buoyed by their previous result, will be hoping for more of the same after a 0-3 Championship success over Swansea City.

In their previous game, Hartlepool United drew 0-0 in the League Two tie with AFC Wimbledon.

The numbers tell their own story, and Hartlepool United have been scored against in 6 of their last 6 games, letting opponents get 13 goals in total. In defence, Hartlepool United seem to have a bit of a soft underbelly. While that may be of interest, it remains to be seen if such a trend shall persist in this next match or not.

The Blackburn Rovers boss Jon Dahl Tomasson does not have any fitness concerns whatsoever before this clash thanks to a fully healthy squad available to choose from.

Owing to a fully healthy squad to choose from, the Hartlepool United manager Paul Hartley has zero fitness worries to speak of before this match.

In our view, Hartlepool United should have enough to put a goal past this Blackburn Rovers outfit, but that possibly won’t quite prevent them from conceding a couple at the other end.

We’re tipping a tight encounter finishing with a 2-1 advantage for Blackburn Rovers after 90 minutes. Let’s see what eventuates. 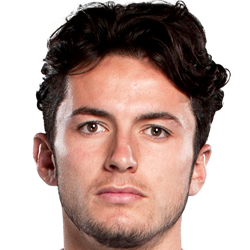 Typically taking up the Central Defensive Midfielder position, Lewis Travis was born in Whiston, England. After making a first senior appearance for Blackburn Rovers in the 2017 - 2018 season, the dangerous Midfielder has netted 2 league goals in the Championship 2022 - 2023 campaign to date in 2 appearances.

We have made these Blackburn Rovers v Hartlepool United predictions for this match preview with the best intentions, but no profits are guaranteed. Please always gamble responsibly, only with money that you can afford to lose. Best of luck with your selections.