The Championship game at Kenilworth Road Stadium on Saturday will see hosts Luton Town fighting it out with opponents Blackburn Rovers.

Luton Town go into this match after a 0-0 Championship draw versus Blackburn Rovers.

It has been seldom in recent times where Luton Town haven’t conceded. The facts show that Luton Town have failed to prevent opponents from scoring in 5 of their previous 6 clashes, leaking 8 goals along the way. That aside, we will just have to wait and see if that pattern will continue on here in this game.

Their prior results show that Luton Town:

Throughout their six most recent matches, Jon Dahl Tomasson's Blackburn Rovers have converted 7 times, yielding them a goals per game average of 1.17.

Ahead of this meeting, Blackburn Rovers haven't been defeated by Luton Town when having played them away from home in the previous 2 matches in the league.

A glance at their prior head-to-head clashes stretching back to 28/09/2019 tells us that Luton Town have won 2 of these and Blackburn Rovers 1, with the number of drawn games being 3.

A combined total of 15 goals were shared by the two clubs in these games, with 8 of them from The Hatters and 7 being from Rovers. That’s an average goals per game of 2.5.

The previous league fixture between these clubs was Championship match day 11 on 17/09/2022 which finished with the scoreline of Luton Town 0-0 Blackburn Rovers.

That time, Luton Town had 42% possession and 2 attempts at goal with 1 on target.

On the other side, Blackburn Rovers had 2 shots at goal with 1 of them on target.

Almost everyone can be considered, as there’s just the lone fitness concern for the Luton Town boss Nathan Jones to be concerned about thanks to an almost full-strength set of players. James Shea (Knee Injury) is sidelined.

Owing to a fully healthy group to pick from, the Blackburn Rovers manager Jon Dahl Tomasson doesn’t have any fitness worries to speak of coming into this game.

We’re envisaging that Blackburn Rovers could well find it tough to register a score against this Luton Town lineup who we think should gain the upper hand. 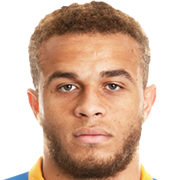 Mostly deployed in the Left Wing position, Carlton Morris was born in Cambridge, England. Having played his first senior match for Oxford United in the 2014 - 2015 season, the dangerous Forward has scored 3 league goals in this Championship 2022 - 2023 campaign so far coming from a total of 8 appearances.

While we have made these predictions for Luton Town v Blackburn Rovers for this match preview with the best of intentions, no profits are guaranteed. Always gamble responsibly, and with what you can afford to lose. Good luck!