For all of our match predictions, pre-game poll and statistics for Stoke City v Blackburn Rovers, scroll down including the latest game odds.

Stoke City will be hoping to bounce back here after a 1-0 Championship defeat last time out to Bristol City.

Over their preceding six fixtures, Michael O'Neill's Stoke City have found the net a total of 8 times which gives them an average number of goals scored per match of 1.33.

Blackburn Rovers go into this match after a 4-0 Championship win over Peterborough United in their previous fixture.

Proving their predisposition for high-scoring matches, goals have been seen as many as 22 times in the prior 6 games in which Blackburn Rovers have taken to the field, yielding an average of 3.67 goals for each fixture. Opposing teams have managed 10 of this grand total.

Ahead of this meeting, Blackburn Rovers are unbeaten in their last 2 away league matches.

Looking at the statistics for their head to head meetings dating back to 22/09/2018, there has been little between the sides with Stoke City winning 2 of those games, Blackburn Rovers 2 and 2 being draws in regulation time.

An aggregate of 12 goals were yielded between them during those clashes, with 6 for The Potters and 6 coming from Rovers. That’s an average goals per game figure of 2.

The last league encounter featuring these sides was Championship match day 24 on 16/01/2021 when it finished Blackburn Rovers 1-1 Stoke City.

That day, Blackburn Rovers managed 54% possession and 6 attempts on goal with 3 on target. Their only player on the scoresheet was John Buckley (76').

The Stoke City boss Michael O'Neill will be happy not to have any fitness concerns whatsoever ahead of this match thanks to a completely healthy group to pick from.

With a completely healthy group available for selection, the Blackburn Rovers manager Tony Mowbray does not have any fitness concerns to speak of before this game.

Our feeling is that Blackburn Rovers should have enough to breach the defence of this Stoke City team, although that might not prevent them from conceding a couple at the other end.

We think that it’s going to be a very close game with a 2-1 winning margin for Stoke City after the 90. Definitely a tough call. 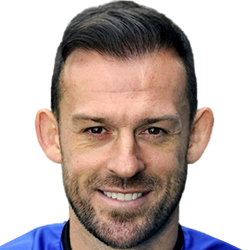 Normally played in the Striker position, Steven Fletcher was born in Shrewsbury, England. Having made a first senior appearance for Hibernian in the 2003 - 2004 season, the skilful Forward has bagged 3 league goals in this Championship 2021 - 2022 campaign so far in a total of 13 appearances.

While we have made these predictions for Stoke City v Blackburn Rovers for this match preview with the best of intentions, no profits are guaranteed. Always gamble responsibly, and with what you can afford to lose. Best of luck.