The League One tie at Bloomfield Road Stadium on Monday will see home side Blackpool do battle with opponents Gillingham.

Full predictions, pre-match stats and user poll for Blackpool v Gillingham are shown on this page - as well as the best betting odds.

Blackpool will want to continue from where they left off last time out with the 0-2 League One success over Swindon Town.

Their latest results reveal that much respect should be given to the Blackpool backline. The Seasiders have been mean at the back, resulting in the number of goals that have gone in at their end during their last six matches standing at 4.

Going into this game, the form guide shows that Blackpool:

Gillingham will come into the game following a 1-0 League One win as they beat Wigan Athletic in their last match.

The only scorer from Gillingham was Vadaine Oliver (76').

Steve Evans's Gillingham have slotted home a total of 10 times in the course of their previous 6 matches. The number of goals that they have conceded during those same clashes adds up to 5.

Their previous form shows that Gillingham:

A look at their prior head-to-head clashes stretching back to 21/04/2018 shows us that Blackpool have won 2 of these games and Gillingham 3, with the tally of drawn results standing at 1.

An aggregate of 18 goals were shared by the two clubs in this period, with 8 for The Seasiders and 10 belonging to The Gills. That’s an average goals per game of 3.

The previous league match between these sides was League One match day 3 on 26/09/2020 when it ended Gillingham 2-0 Blackpool.

Blackpool boss Neil Critchley does not have any fitness concerns whatsoever coming into this clash with a completely healthy group to choose from.

Thanks to a largely healthy group of players, there is only the lone fitness problem for the Gillingham gaffer Steve Evans to be concerned with. Callum Slattery (Ligament Injury) won’t be in action.

We’re of the view that Gillingham may not find it easy to hit the back of the net against this Blackpool side who we think might well score at least once to put them ahead.

That’s why our selection here is for a good battle with a 1-0 victory for Blackpool when the full-time whistle blows. 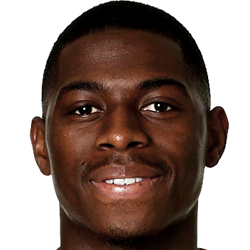 Generally taking up the Left Wing position, Sullay Kaikai was born in Southwark, England. After having made a senior debut playing for Crawley Town in the 2013 - 2014 season, the gifted Forward has netted 4 league goals in the League One 2020 - 2021 campaign to date in 28 appearances.

We have made these Blackpool v Gillingham predictions for this match preview with the best intentions, but no profits are guaranteed. Please always gamble responsibly, only with money that you can afford to lose. Best of luck.