Northampton Town come up against visiting side Blackpool at The PTS Academy Stadium in the League One clash on Saturday.

Our Northampton Town v Blackpool tips, poll and stats can be seen in full below (including the best match odds).

Northampton Town will play in this game after a 2-2 League One drawn result against Gillingham.

For Northampton Town, the goals were scored by Ryan Edmondson (79') and Fraser Horsfall (83'). Vadaine Oliver (11') and Olly Lee (68') scored for Gillingham.

Jon Brady's Northampton Town have found the net 8 times in their preceding six outings. The comparative number of goals that have been scored against them in those same fixtures stands at 9.

Leading up to this clash, Northampton Town:

Blackpool go into this encounter following on from a 0-1 League One win versus Sunderland in their most recent outing.

The only scorer from Blackpool was Sullay Kaikai (56').

Over the course of 5 of the prior 6 clashes featuring Blackpool, a notably low volume of goals have been struck between them and opposing teams. The overall average number of goals per game within that period comes out as a meagre 1.33, with the number of goals averaged by The Seasiders equalling 0.67. Nonetheless, it remains to be seen if that pattern will persist here in this game.

Heading into this fixture, Blackpool have not beaten Northampton Town when they have played them away from home in the previous 2 league matches.

Checking on their prior head-to-head clashes dating back to 04/11/2006 shows that Northampton Town have won 2 of them and Blackpool 3, with the number of drawn results standing at 1.

16 goals were yielded between them in this period, with 6 from The Cobblers and 10 belonging to The Seasiders. The average number of goals per game works out to 2.67.

The last league game featuring these clubs was League One match day 23 on 02/02/2021 which ended up with the score at Blackpool 2-0 Northampton Town.

Northampton Town boss Jon Brady has no fitness worries to speak of before this match thanks to a completely injury-free group to pick from.

Thanks to a fully healthy squad to choose from, Blackpool boss Neil Critchley has no fitness concerns at all coming into this game.

Our thinking is that Northampton Town will have to work hard as a team to see themselves scoring against this Blackpool side who we think might end up scoring and staying ahead.

We’re therefore expecting a highly competitive game with a 0-1 winning score for Blackpool when all is said and done. 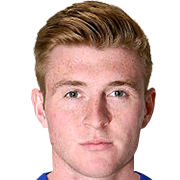 Customarily used in the Centre Midfield position, Ryan Watson was born in Crewe, England. After having played his first senior match for Northampton Town in the 2014 - 2015 season, the gifted Midfielder has scored 9 league goals in the League One 2020 - 2021 season to date in a total of 37 appearances.

While we have made these predictions for Northampton Town v Blackpool for this match preview with the best of intentions, no profits are guaranteed. Always gamble responsibly, and with what you can afford to lose. Best of luck with your selections.