West Bromwich Albion head to Bloomfield Road on Tuesday for the Championship showdown with home side Blackpool.

Our tips, poll and stats for Blackpool v West Bromwich Albion can all be found here (plus the best game odds).

Blackpool head into this match following on from a 1-1 Championship drawn match versus Swansea City.

In that game, Blackpool managed 40% possession and 8 attempts on goal with 3 on target. The only player to score for Blackpool was Keshi Anderson (86'). On the other side, Swansea City got 5 shots at goal with 2 of them on target. Joël Piroe (35') was the scorer for Swansea City.

Under three goals per game were seen in 5 of the past 6 fixtures where Blackpool have taken part. In terms of the goal attribution from this period, opposing sides scored an aggregate of 5 while Blackpool got themselves 8. That kind of pattern won’t necessarily follow through into this game, however.

Heading into this fixture, Blackpool have not won at home in their last 2 league games.

After being defeated in their last game at the hands of Huddersfield Town in Championship action, West Bromwich Albion and their travelling supporters will be hoping that they can get a better result in this one.

Valérien Ismaël's West Bromwich Albion have managed to stick the ball in the net 6 times in the course of their most recent six matches. The total of goals that have been scored against them during those matches equals 7.

Coming into this meeting, West Bromwich Albion are without an away win for the past 4 matches in the league.

An examination of their most recent head to head meetings stretching back to 08/04/2008 shows that Blackpool have won 1 of these & West Bromwich Albion 4, with the number of drawn results standing at 1.

There were also plenty of goals scored in those games, 26 overall at an average of 4.33 goals per meeting.

The Blackpool boss Neil Critchley has no fitness worries whatsoever before this game owing to a fully healthy squad available for selection.

Owing to a completely injury-free group available to choose from, the West Bromwich Albion boss Valérien Ismaël has no fitness worries to speak of ahead of this clash.

We’re envisaging that Blackpool may well find it hard to score against this West Bromwich Albion lineup who we think might gain the upper hand.

That’s why we have predicted a narrow 0-1 winning score for West Bromwich Albion when all is said and done. 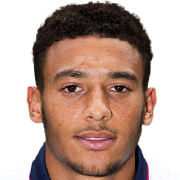 Usually played in the Left Attacking Midfielder position, Keshi Anderson was born in England. Having made a first senior appearance for Doncaster Rovers in the 2015 - 2016 season, the talented Midfielder has netted 2 league goals in this Championship 2021 - 2022 season to date coming from a total of 16 appearances.

We have made these Blackpool v West Bromwich Albion predictions for this match preview with the best intentions, but no profits are guaranteed. Please always gamble responsibly, only with money that you can afford to lose. Good luck!