Does Real Madrid Have Stocks? 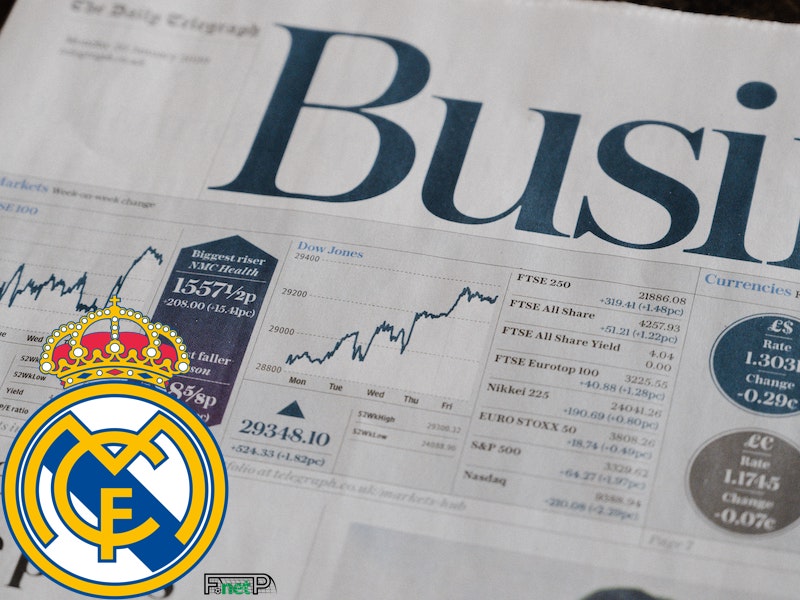 Spanish giants Real Madrid are one of world football’s most successful clubs, winning 13 Champions League/European Cups. There are several ownership models for football clubs. Here, we look at how Real Madrid is structured financially.

Real Madrid are not publicly traded and they do not have stocks available to buy by the general public. Instead, the club is privately owned and financially supported by its 100,000 members. The club is run by an elected president, which has been Florentino Perez since 2009.

A number of well-supported clubs are floated on stock markets around the world, however, including Manchester United and Borussia Dortmund.

Despite being privately owned and officially funded by its 100,000 members, Real Madrid can only spend what it earns as a club. This is to prevent the club president from putting their own money into the club to advance their fortunes.

The club’s funds instead come from merchandise and ticket sales, prize money, transfer fees and other commercial incomes. Since the turn of the century, the club’s income has sky-rocketed.

This has increased the point where Real Madrid has become one of the richest clubs in the world, ranked by Deloitte as having the highest revenue in world football during 2018.

The club achieved revenue of £680million, with the unprecedented financial performance being boosted by a period of unprecedented success on the pitch. Real won four UEFA Champions League titles in five seasons between 2014 and 2018.

It took their overall tally to a total of 13 titles. In addition, they are the most followed football club on all three major social media sites - Facebook, Twitter and Instagram.

The transformation of Real Madrid’s fortunes can be greatly attributed to the two presidential terms of Florentino Perez. The Spanish businessman and former politician served his first term between 2000 and 2006 before being elected for a second term in 2009.

He remains in the role to this day.

During his first term, Perez introduced the ‘Galacticos’ policy of buying the world’s best and most well-known players year on year. This process included the arrivals of Zinedine Zidane, David Beckham and Ronaldo Nazario at the Santiago Bernabeu and saw the club’s global reputation increase.

Perez returned to this policy during his second term. Cristiano Ronaldo and Kaka were immediately brought in to kickstart the club’s quest for a tenth European title.

Whilst Real Madrid are not listed on a stock exchange and do not sell shares in the club, a number of high profile clubs do operate in this way.

Three-time European champion Manchester United is the largest club floated on the stock market and are listed on the New York Stock Exchange as MANU.

Prior to the takeover by the Glazer family, United were listed on the London Stock Exchange.  However, but the club was removed in 2005 before being floated on Wall Street in 2012.

Shares started at a cost of $14 and as recently as 2014, the club was valued at just under $3billion.

Juventus were first floated in 2001, following Lazio who had become the first from Italy to sell shares on the stock market a year earlier.

Lazio’s city rivals, AS Roma, are the final Italian football club listed on the Borsa Italiana. Having said that, 67% of their shares were still owned by the Sensi family as recently as 2011.

Shares in Arsenal are famously expensive, currently valued at around $15,000 per share. The club advises against buying shares in the club as an investment aimed at making money.

The intention, they say, is that the club is listed in order to give fans the chance to have the feeling of owning part of it.