Why Do Everton Hate Liverpool? 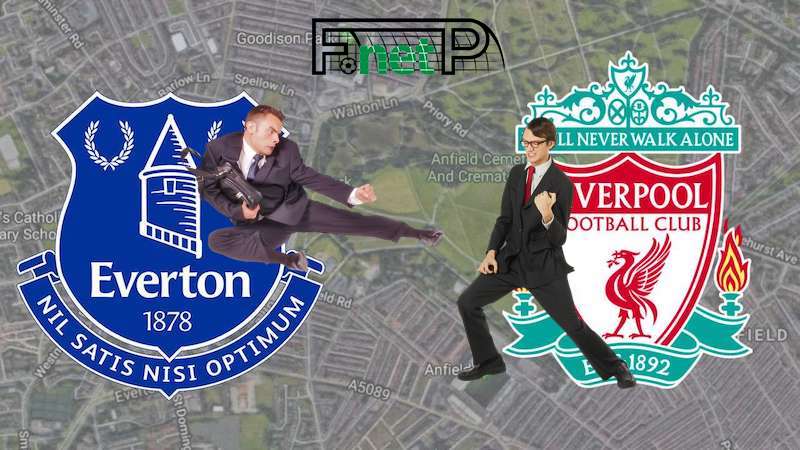 The Merseyside Derby is one of the most well-known football rivalries in the world, with well over 200 meetings since the first in 1894.

Everton’s hatred for Liverpool stems mainly from the pair being local rivals. There are additional factors to the rivalry, however. These include Everton leaving Anfield in 1892 and the European ban imposed on English clubs during the second half of the 1980s.

Despite this, the rivalry is one of the less hostile of those that exist within English football and the clubs generally have a positive relationship.

The origins of hatred between the Merseyside clubs

Whilst the two clubs both remain rivals to this day and fixtures between the sides are heated on the pitch, the relationship between the fans is generally amicable. It is certainly not uncommon for fans of both to exist within the same family.

Despite this, the early days of the rivalry were born out of politics and support for either club was generally derived from someone’s political allegiance during the late 1800s and early 1900s.

This came from the differences of the club’s committee when The Toffees moved from Goodison Park to Anfield in 1892. The outgoing chairman, and soon to be Liverpool founder, John Houlding was a Protestant and had conflicting political opinions with his replacement George Mahon.

Mahon was a Unionist member of parliament from Northern Ireland. The idea of religion playing a factor was unfounded, however, as only one member of the Everton board at the time was Catholic.

Violence between the supporters of Everton and Liverpool is a rare occurrence, but the relationship between them became strained during the mid-1980s.

The Heysel Stadium disaster was caused by a group of Liverpool-supporting hooligans at the 1985 European Cup final. As a result, it saw all English clubs banned from European competitions.

This directly impacted Everton as The Toffees were league champions and, thus, missed out on participation in the European Cup due to the actions of their rival fans. Relations improved again after the Hillsborough disaster in 1989.

The fixture between the two clubs situated at opposite ends of Stanley Park derives its ‘friendly derby’ moniker from the late 1980s after a series of meetings in cup finals.

The League Cup final in 1984 was immediately labelled the ‘friendly final’ after both sets of supporters were heard chanting ‘Merseyside’ in unison during the game.

When Liverpool and Everton met in the 1984 Milk Cup final at Wembley, the fans and players sent a message to the rest of the country... 🔴🔵

Similar scenes were then witnessed two years later during the FA Cup final in 1986.

The rivalry and the subsequent Merseyside Derbies have intensified and become more heated, with the fixture producing the highest number of red cards in Premier League history.

The first public show of solidarity between supporters of both clubs came when Everton fans joined their rivals in boycotting the purchase of The Sun newspaper in the wake of the Hillsborough disaster.

Also after the tragedy - which led to the deaths of 96 Liverpool fans - scarves of both clubs lined the walk across Stanley Park which separates Anfield and Goodison Park.

In 2007, Liverpool invited the family of murdered Everton fan Rhys Jones to attend a Champions League fixture at Anfield. As the family took the field in Everton shirts, The Toffees’ Z Cars theme tune played as the Anfield crowd gave a standing ovation.

Similar scenes were witnessed five years later in 2012 after a court ruling vindicated Liverpool fans in relation to the 1989 Hillsborough disaster.

Two children took the field before an Everton match against Newcastle United at Goodison Park. They wore an Everton and Liverpool shirt numbered with 9 and 6 as the stadium announcer read the names of all 96 victims.

Once again the crowd gave the act a standing ovation.